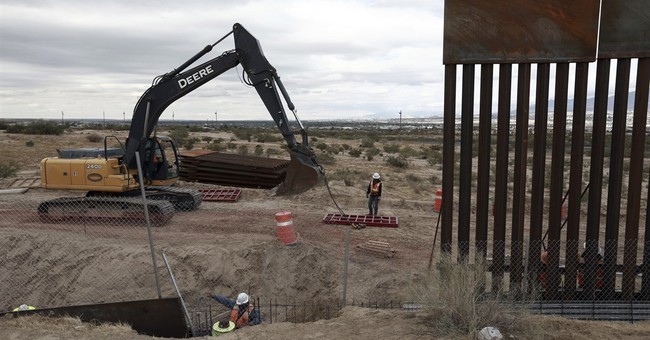 Mick Mulvaney, the new director of the Office of Management and Budget, gave a detailed preview of what we can expect from the Trump-enforced U.S.-Mexico border wall during a radio interview with Hugh Hewitt on Monday.

“Some places, a solid concrete barrier might be desired,” Mulvaney said. “In other places, the border folks are actually telling us, border control's actually telling us that they like the one you can see through, because it reduces the number of violent attacks on our folks. So it's a complicated program.”

Mulvaney was less transparent about the price tag. When Hewitt asked about the dollar amount, Mulvaney said it depends on the kind of material they use. He did, however, offer a range. It could start at $8 million per mile and go anywhere to $25 million per mile.

We do know how President Trump intends to pay for it. He's told us repeatedly that Mexico will pay for the wall.

Mexico is less sure. Mexican President Enrique Peña Nieto cancelled his scheduled trip to the U.S. in January over Trump's insistence that his country will foot the bill. More recently, a Mexican politician even scaled a border fence to protest the construction along the border. In his video, which he posted on Twitter, Mexican congressman Braulio Guerra shows how "simple" it is for someone to jump the fence, making its presence absurd.

It was a cute stunt, except the point is that Trump wants to build a concrete wall, not a fence.