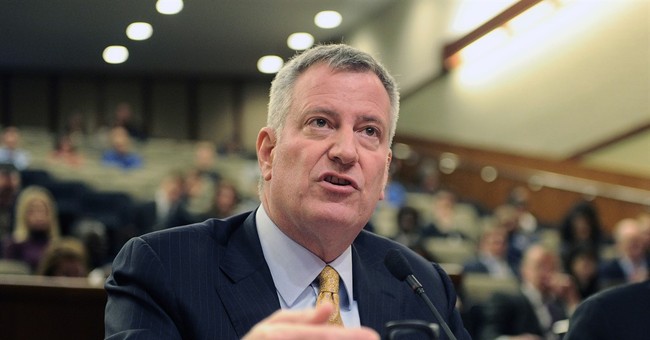 Scandal-plagued and unpopular New York City Mayor Bill de Blasio will be interrogated by federal prosecutors and FBI agents on Friday in regards to his shady campaign fundraising. He is accused of courting businessman Moishe Indig in return for his financial help during the mayoral race.

A grand jury has heard evidence in the case, some of the people have said, but it remains unclear whether the investigation, focused on whether the mayor or others in his administration traded beneficial city action for donations to his 2013 election campaign or to his now-defunct nonprofit political group — or both — will result in charges. Either way, the interview is an indication that the expansive criminal inquiry is most likely in its final stages.

Of course, the interview will cover more than one topic. The prosecutors will question De Blasio on at least a dozen different scandals, the Times notes, including his relationship with at least two additional donors, Harendra Singh and Gina Argento.

After putting the interview behind him, De Blasio is expected to do his part to get Keith Ellison elected as the new chair of the Democratic National Committee.