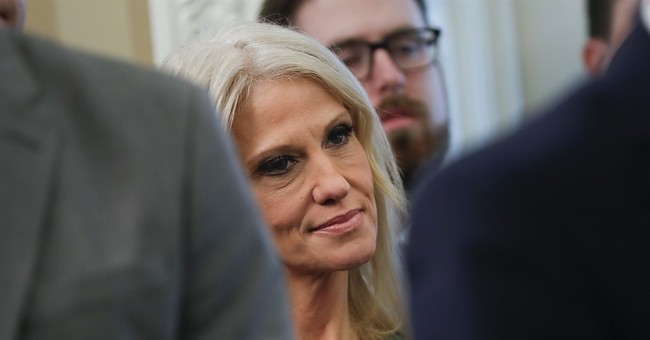 Over the weekend, "Saturday Night Live" forgot to be funny. Kate McKinnon's Kellyanne Conway usually makes me laugh, and Conway has a good sense of humor about the impression. But, this Saturday, the portrayal took a turn for the worst - and, some would argue, a sexist turn. In a segment called "Jake Tapper," Conway is upset that the CNN anchor rejected her as a guest on his "State of the Union" show. So, when Tapper gets home, Conway is there waiting for him with a knife demanding he give her airtime -- "Fatal Attraction" style.

Even commentators who are highly critical of the Trump administration were not laughing.

SNL just gave a gift to the White House with this sexist, unfunny Kellyanne Conway skit.

The stars of the sketch responded. Tapper simply tweeted "um" and his CNN coworkers like Andrea Mitchell said the skit was "not right." As for Conway, her response proved she still has her snarky wits about her. Check out her cheeky tweet, in which she made an unmistakeable reference to the 1987 film.

Inquiring minds re: #SNL: @jaketapper & I spoke this morning just before brunch time. No boiling bunnies on the menu.