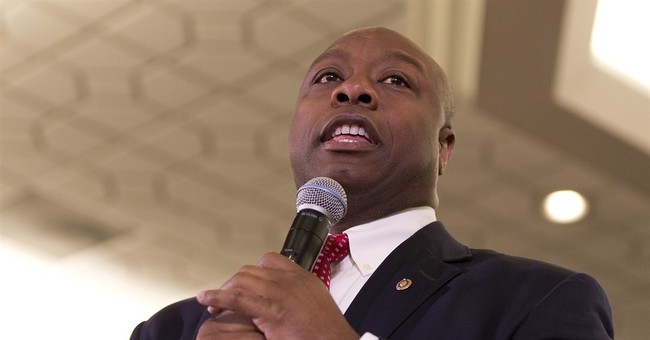 Democrats could barely catch their breath Monday night as they explained why they could not vote for President Trump's education nominee Betsy DeVos. For 24 hours, they insisted that she would ruin our schools with her "radical views" and her (gasp) school choice agenda.

A Republican crashed the party. Taking the podium, Sen. Tim Scott (R-SC) respectfully explained why he is supporting DeVos.

"I believe she will help to improve public education," Scott—the only black GOP senator—said from the Senate floor. "For too many of our children a quality public education ... is simply not happening."

Scott defended DeVos against a narrative that suggests she will let power go to her head and fundamentally change our education system. Congress will have the final word on school choice, he reminded his colleagues. He also lamented that in this fiery debate over DeVos lawmakers have "forgotten" about the children.

The vote on DeVos is expected to come down to a 50-50 tie after two Republican senators, Susan Collins (ME) and Lisa Murkowkski (AK) vowed to vote against her. Should that happen, Vice President Mike Pence is ready to cast the deciding vote.