Sessions: I Will Recuse Myself From the Clinton Investigations 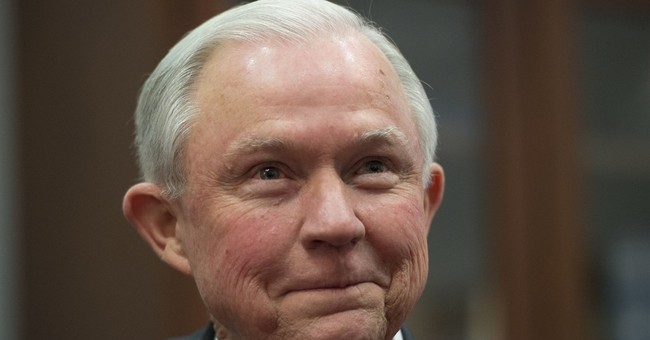 Sen. Chuck Grassley (R-IA) asked Jeff Sessions three times at Tuesday's confirmation hearing for attorney general if he plans to recuse himself from the investigation into Hillary Clinton’s use of a private email server as secretary of state, or the controversial dealings of the Clinton Foundation.

He replied in the affirmative each time.

Sessions regretted his remarks about Clinton during the 2016 campaign, noting it placed his objectivity “in question.” He hopes to avoid any perceived bias as attorney general and approach the Clinton matter impartially.

“This country does not punish political enemies,” he said.

When Grassley asked if he'd be able to say "no" to President Donald Trump should he disagree with him, Sessions said he would do so.

This should put Sen. Dianne Feinstein's (D-CA) fears to rest.

Biden's UN Ambassador Defends Repeating Anti-American, Chinese Propaganda
Katie Pavlich
Maxine Waters Calls For Riots to Continue: We Must Stay in the Streets
Katie Pavlich
What We Know about the FedEx Shooter in Indianapolis...And Now This Tragedy Might Have Been Avoided
Matt Vespa
Border Patrol Catches a Previously Deported Convicted Murderer
Katie Pavlich
Fauci Was Subjected to a Brutal Tongue Lashing by a GOP Rep When He Couldn't Answer a Simple Question
Matt Vespa
Bill Maher Rips Media's COVID 'Panic Porn': 'How Did Your Audience Wind Up Believing Such A Bunch Of Crap?'
Scott Morefield
CARTOONS | Steve Breen
View Cartoon
Most Popular