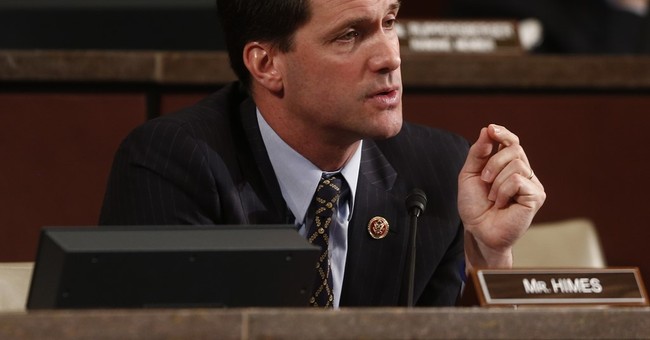 Rep. Jim Himes (D-CT) made his first step in stripping President-elect Donald Trump of his military power. Because Trump has no foreign policy experience and operates on “unpredictability,” Himes is introducing legislation to ensure only Congress can declare war.

The Democrat from Connecticut introduced the Reclamation of War Powers Act Tuesday morning in attempts to curb the executive branch's power to carry out military actions.

The bill aims to cut funding for military missions not authorized specifically by Congress and would repeal authorizations for military force in Iraq and Afghanistan.

Congress was guaranteed the power to declare war in the Constitution, yet since 9/11 more military authority has been given to the executive branch. With the “erratic” Donald Trump now poised to be president, Himes said it’s in the country’s best interests that he be required to consult with Congress before taking any military action.

When I introduce legislation to finally return warmaking authority to Congress, consider this People's Exhibit #179. pic.twitter.com/LG4OG6BpzS

The bill does not have a prayer in passing this session, according to Circa.