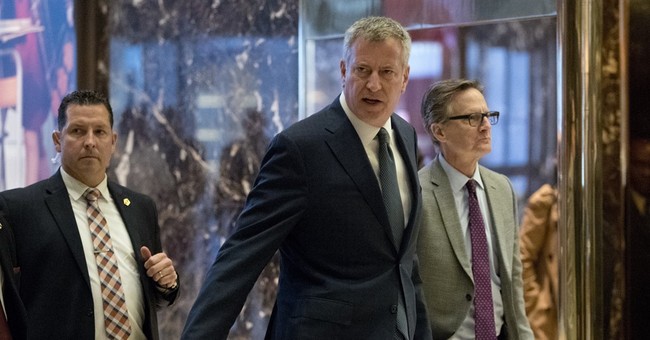 New York City Mayor Bill de Blasio said he had a “candid, substantive meeting” with President-elect Donald Trump on Wednesday at Trump Tower. Their tete-a-tete comes just a few days after the liberal mayor insisted New York would resist Trump’s plan to deport at least 2 to 3 million illegal immigrants currently in the U.S.

The conversation, in addition to a phone call they had earlier in the week, proves that even people with stark differences can have a meaningful and productive conversation, De Blasio told reporters on Wednesday.

The mayor said he felt compelled to voice the needs of the people in the city in his conversation with the president-elect.

“I thought it was important he heard the people's perspective,” he said.

"I'm open to a dialogue” with Trump, De Blasio told the press. But, “the ball's in his court.”