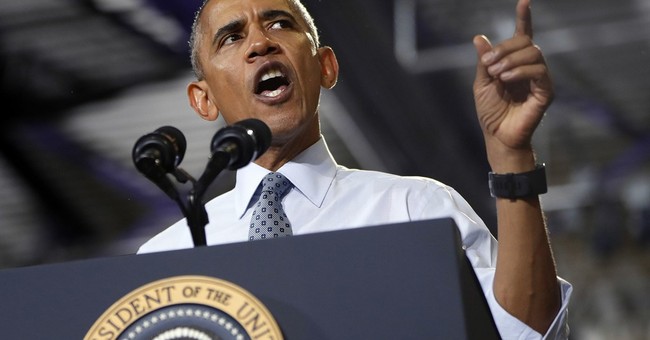 President Obama had stayed mostly mum on the FBI's announcement they were reopening the investigation into Hillary Clinton's emails. He finally offered his assessment to NowThis News on Wednesday.

The president seemed confident, however, that Comey would come to the same conclusion he did over the summer.

After an in depth investigation, the FBI determined Clinton had “made some mistakes, but that there wasn’t anything there that was, you know, prosecutable,” Obama said.

Obama's remarks seem a bit distant from those made earlier this week by White House Press Secretary Josh Earnest. At a press briefing, Earnest defended Comey, noting that he's a man of integrity who wouldn't think of making decisions based on political motives.

As for the Clinton campaign, they outright accused Comey and the agency of operating with politics in mind.