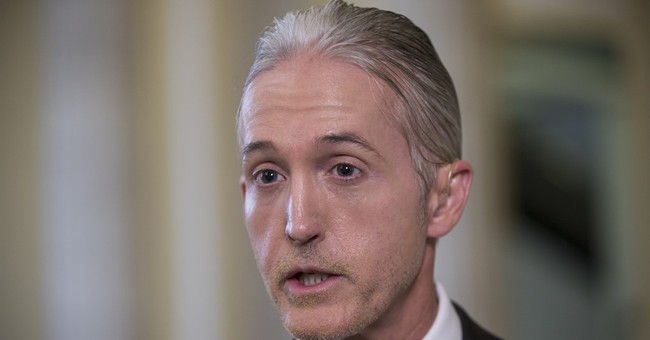 Senate Minority Leader Harry Reid joined the growing list of Democrats who have voiced their displeasure of FBI Director James Comey after his agency announced they are reopening the investigation into Hillary Clinton's emails. Reid wrote a letter to Comey arguing that he was in violation of the Hatch Act, a law which prohibits FBI officials from influencing elections.

Trey Gowdy, who has never been quiet regarding his feelings toward Harry Reid, suggested the Senate Minority Leader had hit a new low. He pointed out Reid's hypocrisy, noting he did not send any kind of warning letter to Loretta Lynch for her private meeting with Bill Clinton during the FBI's initial investigation of his wife.

On Fox News Monday morning, Gowdy wasn't done excoriating Reid for his behavior. If President Obama campaigning for Clinton isn't considered a violation of the Hatch Act, then how could Comey telling the truth be, he wondered.

Gowdy said he could not use the word he really wanted to use on TV to describe Reid because he feared he would be violating FCC rules. So, he settled for "political hack."