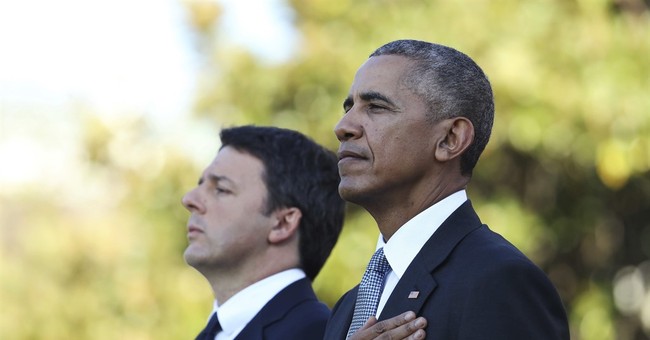 “Mr. Trump’s continued flattery of Mr. Putin and the degree to which he appears to model many of his policies and approaches to politics on Mr. Putin is unprecedented in American politics and is out of step with not just what Democrats think but out of step with what up until the last few months, almost every Republican thought, including some of the ones who are now endorsing Mr. Trump,” Obama said Tuesday during a joint news conference with Italian Prime Minister Matteo Renzi.

Also "unprecedented," Obama said, is Trump's "discrediting" the democratic process by continually insisting the election is "rigged." It's not based in facts, the president said.

It doesn't show the leadership and toughness you need for this job, he argued.

"You start whining before the game's even over?" Obama asked. "Then you don't have what it takes to be in this job."

"I want Trump to stop whining."