Obama: We Have to Decide if This Is the Country We Want to Be 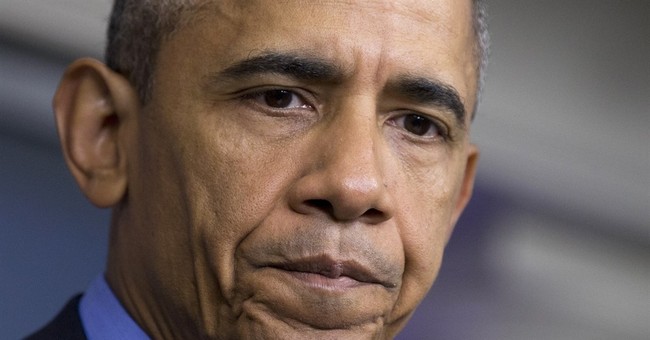 In a short statement Sunday afternoon at the White House, President Obama mourned with the American people over the Orlando massacre, now the worst mass shooting in American history.

“We stand with the people of Orlando,” Obama said.

The president didn’t take any questions form the press, but he did share what he’s learned after speaking with FBI Director James Comey.

“We know enough to say this was an act of terror and an act of hate.”

The FBI is on the scene in Orlando along with law enforcement. They’ve “reached no definitive judgment,” but are sparing no effort to learn all the facts.

What is clear, Obama said, is that the shooter was a person "filled with hatred."

It’s an especially heartbreaking day, he said, for lesbians, gays, and those identify as transgender. Pulse, the gay nightclub where the gunman opened fire, was more than a nightclub, the president said. It’s a “place of solidarity and empowerment.”

“This is a sobering reminder that attacks on any American is an attack on all of us,” he added. “No act of hate or terror will ever change who we are or the values that makes us Americans.

Obama also referenced the weapons the gunman used to commit his crime, lamenting how “easy it is” for someone to get their hands on a weapon in America to shoot up a movie theater, school, night club, etc.

“We have to decide if that’s the kind of country we want to be,” Obama concluded.

“This could have been any one of our communities,” he said. As a country, “we will be there” for the people of Orland today, tomorrow and beyond.

The president thanked first responders and police for their sacrifices that saved countless lives and prevented Sunday’s massacre from becoming an even greater tragedy.

“May God continue to watch over this country,” he said.