Watch: Hundreds Show Up to Donate Blood to Orlando Victims 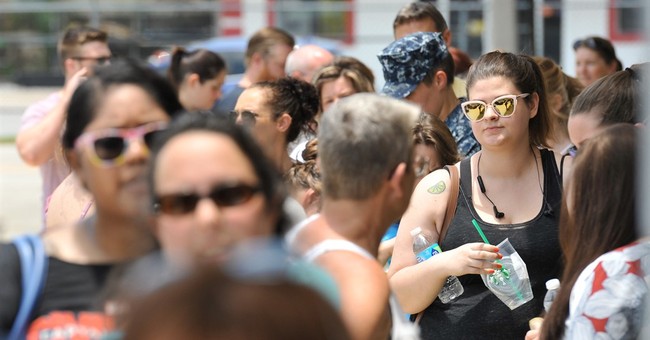 The worst mass shooting in U.S. history and worst terror attack since 9/11 has left over 50 people dead at a gay night club in Orlando, Florida. The victims have yet to all be identified, leaving families and friends waiting with unimaginable anxiety and fear. Yet, on this somber Sunday, we have a glimpse of humanity. Among the chaos, hundreds of local citizens have shown up at an Orlando blood bank called OneBlood to donate blood to the shooting victims.

WATCH: The line of people waiting to donate blood wraps around the building at an Orlando blood bankhttps://t.co/Umo6FTvqCF

There are more than 600 people in line waiting to donate blood for the victims of the #OrlandoShooting pic.twitter.com/SJ2q4YVJTh

The line of willing donors was so overwhelming that the blood bank has had to ask people to return in the coming days.

"I've been here 13 years and never seen a response like this," said Pat Michaels, a spokesman for OneBlood.