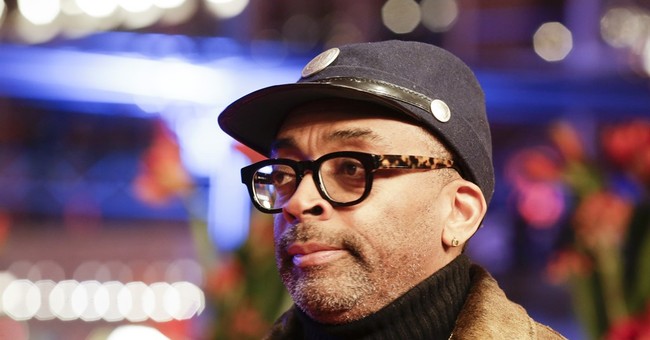 Thursday marks the second annual Gun Violence Awareness Day. Filmmaker and gun control advocate Spike Lee was on hand to mark the occasion at the Empire State Building in the heart of New York on Wednesday. At the event, which was held just two hours before the murder-suicide at UCLA, Lee lamented the glorification of guns in society.

“Ninety-one Americans die every day in this country — two-thirds of those by suicide — and that’s not acceptable," said Lee.

“We’re gonna keep getting the word out, making a bigger movement day by day,” he added.

Then, he flipped a switch to light the Empire State spire in orange. Later that evening, the entire building was illuminated.

“For the Empire State Building to kick off by turning the spire orange is a powerful way of saying this is an American movement,” Feinblatt says. “This isn’t really about politics, this isn’t really about policy. What the Empire State Building is essentially expressing is that we want to honor the people who have been killed by gun violence and we want to bring Americans together.”

The Wear Orange campaign started last year as a way to honor the life of a 15-year-old Hadiya Pendleton, a Chicago honor student who was shot and killed just one week after performing at President Obama’s second inauguration. A group of high schoolers asked their classmates to wear the color in her honor.

Perhaps the activists who don the color orange believe they have their hearts in the right place, but will a T-shirt and a symbolic lighting really help stop the senseless killings? Chicago’s murder rate has skyrocketed this past year, proving anti-gun policies are not working. The state of Illinois was the last state in the country to recognize carry rights. All the state has to show for its strict Second Amendment laws is bloodied streets.

In his efforts to curb gun violence, Lee has demonized gun rights advocates and politicians. Earlier this year, he accused them of taking “blood money” to the NRA.

Yet, he, Everytown, and other gun control groups refuse to acknowledge that gun-free zones and gun control legislation are ineffective policies. The more the government recognizes Americans' right to bear arms, the more they can defend themselves and slow the carnage.

An orange building will not make people more "aware."