Poland Politician: Bill Clinton Should ‘Have a Medical Test’ For Suggesting We Don’t Appreciate Democracy 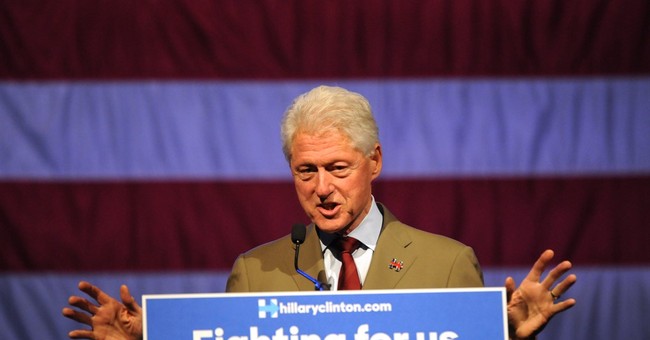 Bill Clinton has not exactly been his wife's best surrogate on the campaign trail this year. He shouted at a Black Lives Matter activist at an event in Philadelphia in April, which did not help her image with the black community. Furthermore, the former president's presence in the race has allowed Donald Trump to revive his sordid past and accuse Hillary of being an "enabler" of his sexual misconduct.

Now, Bill is trying to shake off criticism for comments he made during his speech at a New Jersey rally last week. Remarking on Poland and Hungary's decision to stop the surge of refugees, the former president concluded the two nations had decided “democracy is too much trouble” for them.

Speaking in New Jersey in support of wife Hillary’s U.S. presidential campaign, Clinton said Hungary and Poland “would not be free” if not for the United States, but “have now decided this democracy is too much trouble.”

“They want (Russian President Vladimir) Putin-like leadership. Just give me an authoritarian dictatorship and keep the foreigners out,” he said.

As you can imagine, Poland and Hungary were none too pleased with Clinton's insulting analysis. Hungarian Foreign Minister Peter Szijjarto said his comments were "unacceptable" and Polish Prime Minister Beata Szydlo demanded he apologize. Jaroslaw Kaczynski, one of Poland's leading conservatives, was just as blunt, suggesting Clinton needed to have his head examined.

“If someone says there is no democracy in Poland today, that means he should have a medical test,” he said.

Will Clinton walk back his remarks?