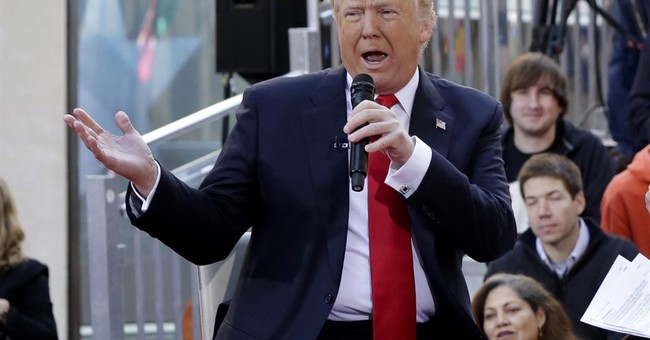 As the Republican National Committee rules stand, a candidate must have won a majority of delegates in eight contests, meaning John Kasich does not meet the threshold to move forward at the July convention. Yet, after meeting in Hollywood, California this week, the RNC noted that rule is a mere technicality and the Ohio governor still has the opportunity to tally delegates. The Convention Rules Committee will finalize any changes to the rules a week before the convention. Meanwhile, Hillary Clinton is taking a softer tone against Bernie Sanders and Donald Trump is having to explain his less-than-conservative answers to current issues that matter to voters.

Donald Trump: Trump is facing backlash for his controversial takes on the North Carolina bathroom law and abortion. In a “Today” show interview Thursday morning, Trump said people should use whatever bathroom in which they feel comfortable and cited economic factors in his argument against the North Carolina law. The Cruz campaign released an ad called “Common Sense” on Friday that offers more pushback against Trump’s blasé reaction to the North Carolina bathroom law. Trump also suggested the Republican Party change its platform on abortion to make an exception for rape, incest and the life of the mother. Pro-life conservative leaders denounced his suggestion, arguing you can't be pro-life and support aborting a baby conceived in rape.

Meanwhile, Trump's campaign manager Paul Manafort is reportedly telling RNC officials that Trump’s bombastic behavior on the campaign trail is all a façade, arguing he would be much milder as the Republican nominee. Sen. Marco Rubio, Trump’s former presidential arrival, has indicated he is prepared to support Trump should he be the victor. The current frontrunner is not expected to meet the 1,237 delegates needed to become the Republican candidate before July, but he is nevertheless calling for his two opponents to drop out because they have “no path” to the nomination. Even though Trump has accused the Republican Party of "rigging" the election, RNC Chairman Reince Priebus has managed to defend the frontrunner at times. For instance, this week he denounced the “Never Trump” movement as anathema to GOP unity.

Ted Cruz: A new Cruz ad dominated headlines on Thursday. In it, Hillary Clinton and Huma Abedin lookalikes join a team of advisers in a “War Room” to discuss how to ensure Donald Trump is the Republican nominee, since they have no plan to defeat Ted Cruz. The ad may not have been that farfetched, considering a new poll shows Clinton beating Trump in New Hampshire by 19 points. Another Cruz commercial compares Trump to Clinton, calling the businessman an elite who doesn’t understand the middle class. The Texas senator also argued that Americans who vote for Trump may as well put a Hillary bumper sticker on their cars.

John Kasich: Kasich has only won one contest in 38 so far, but he is not listening to critics who want him to exit the race. His campaign finance report from March, however, reveals that he spent more than he raised.

Hillary Clinton: After her screaming match with Bernie Sanders at the last Democratic debate, Clinton is starting to soften her tone against the Vermont senator, hoping to unify Democrats and bring his supporters to her campaign. The former secretary of state is far ahead in Maryland polls ahead of Tuesday’s primary showdown. First Lady Michelle Obama showered some praise on Clinton Thursday during a White House event, calling the Democratic presidential candidate a “phenomenal woman.”

Bernie Sanders: Sanders has not returned Clinton’s toned down rhetoric. At his rallies, he is still hitting her for her lucrative Wall Street speeches. If she was paid thousands of dollars for those speeches, they must have been “world-shattering,” he quipped at a campaign event in Pennsylvania. Clinton may have received praise from Mrs. Obama, but Sanders got some encouragement from Vice President Joe Biden on Thursday, who said he was pleased with the Vermont senator’s ambitious goals for the country.  Yet, a Sanders’ nomination may also seem a bit ambitious at this point. He needs to win the remaining 73 percent of delegates to become the Democratic nominee, Fox News reported on Friday.