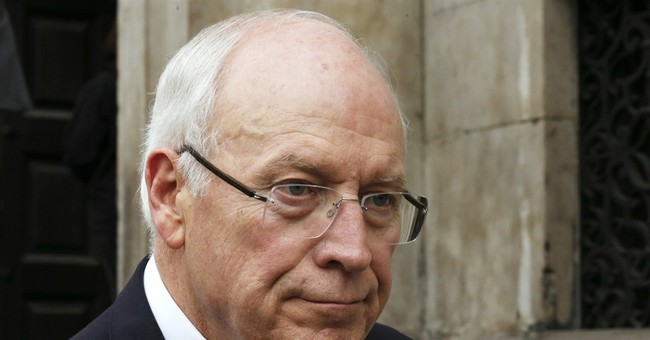 Former Vice President Dick Cheney wants Donald Trump to get his facts straight. Cheney, who served under President George W. Bush from 2001-2009, sounded off on Trump for claiming that Bush failed to keep Americans safe in the wake of the September 11 terror attacks at Saturday’s GOP debate in South Carolina. Trump then held two press conferences on the campaign trail this weekend in case the press didn’t hear him the first time.

“I lost a lot of friends that were killed in that building,” he told the press. “The worst attack in this country, it was during his presidency.”

Cheney, who knows a thing or two about how Bush acted in the wake of the attacks, unloaded on Trump for attacking his former boss.

“He sounds like a liberal Democrat to me,” Cheney told Bret Baier on Monday. “He’s wrong and I think he is deliberately promoting those views in order to advance his political interests.”

The former vice president then dismissed several of Trump’s specific notions. He insisted the Bush administration did not lie about believing Iraq had weapons of mass destruction and scoffed at the idea the president failed to act before 9/11. The White House had “no actionable intelligence” at that point to suggest there was a serious threat, he said, adding that, following the attack, Bush put in place surveillance programs that provided important national security information.

Trump’s comments, Cheney concluded, do a disservice to our military and intelligence workers, who worked tirelessly in the post-9/11 climate to keep our country safe.

Cheney said if anyone is to blame for the failures in Iraq, it is President Obama.

Conservative radio jockeys have joined Cheney in his condemnation of Trump. Rush Limbaugh also thought "Democrat" was an accurate title for him and Mark Levin likened the Republican frontrunner to a 9/11 truther.

President Bush has not directly responded to the business mogul’s claims, yet offered this subtle dig during his first campaign speech on behalf of his brother Jeb.

“Americans are angry and frustrated, but we don’t need someone in the Oval Office who mirrors and inflames our frustration.”

Will Trump's comments hurt him in the South Carolina primary - where voters have a high opinion of George W.? After speaking with Trump supporters on the ground, I would guess no.