Will Austria Cave to Political Pressure and Abandon Refugee Limit? 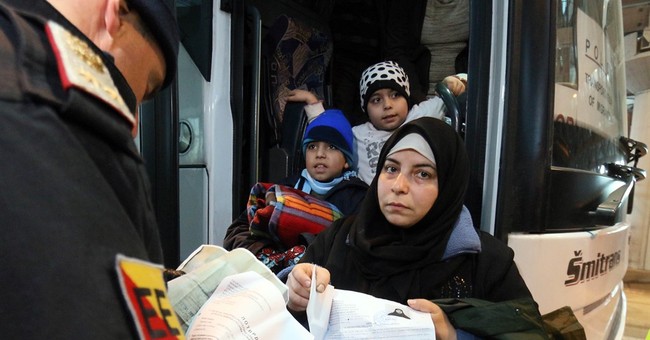 Austrian Interior Minister Johanna Mikl-Leitner is concerned about the amount of Syrian refugees expected to stream into the country. Accepting 90,000 refugees in a nation of 8 million people is a dangerous ratio, she warned. That’s why she is defending the government’s decision to place a limit on the number of asylum seekers they allow.

While opponents may call the cap heartless, the migrants wouldn’t just be left stranded. They would be sent to “hot spots” where they would be cared for, or sent back to Slovenia, Mikl-Leitner explains.

Unfortunately, it looks like the government is backtracking on what would have been a common sense step in ensuring their citizens’ safety. For that, they can thank human rights groups using “law” to justify their politically correct agenda.

The immediate backpedaling came after human rights experts, including the European Fundamental Rights Agency, which said limiting asylum-seekers is against the Geneva Convention and EU law.

"Clearly under EU law, you must deal with every asylum request that comes your way," Steve Peers, a law professor at the University of Essex, told DW. "I can't see how Austria's announcement" is legal."

Some advocates say the limit is unwise because, considering about 300 refugees request asylum each day, they would likely reach the cap by May. Others argue that rejecting refugees is just downright inhumane:

Moreover, they charge that by blocking legal means to enter the country, government officials will merely be forcing migrants to use smugglers. "We'll be going back to the days of finding dead people in the back of vans," said one refugee worker, referring to the 71 refugees who suffocated in the back of a truck last summer.

This is a terrifying and upsetting scenario. Yet, are these refugee activists using emotion to justify an unworkable – and dangerous – process?

Of any European country, Germany should know what drastic consequences can result from such an open door policy. Chancellor Angela Merkel chose to allow over 1 million refugees into the country last year. Since the massive flow of migrants, there have been nearly 600 criminal complaints in the city of Cologne. Most upsetting were the reports about gang sex assaults over the New Year’s Eve holiday. Ulrich Bremer, the spokesman for the Cologne prosecutor’s office, said some of the 21 suspects had been identified as those seeking asylum.

After these horrid incidents, German officials apparently regretted the lax refugee policy and have sought to make it easier to deport foreigners convicted of a crime.

Will Austria learn from Germany’s mistake?