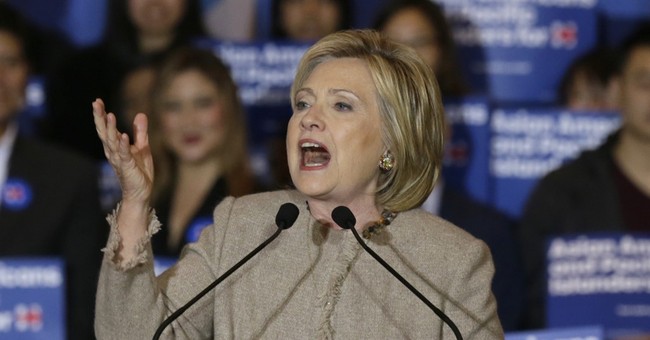 With North Korea back in the news, so too is Hillary Clinton’s failed record in the region.

Before she was sworn in as Secretary of State in 2009, Clinton pledged that one of her goals would be to end North Korea’s nuclear program. Well, with reports that the nation just conducted a hydrogen bomb test, it became quite clear we are nowhere near meeting that goal.

Natalie Gillam, the Deputy Communications Director for AR2, a conservative 501(c)4 organization, shares the belief of many that this spells trouble for Clinton:

"North Korea's reported nuclear test yesterday could be a preview of things to come from Iran due to the dangerous nuclear deal, which Hillary Clinton helped set in motion as Secretary of State. North Korea's actions show the folly of negotiating with bad actors who never keep their promises, but Clinton is willing to gamble on nuclear policy."

“Secretary Clinton failed as Secretary of State to ‘end the North Korean nuclear program’ as she claimed was her goal in 2009,” he said in a statement. “No 300-word campaign statement can change the fact that Clinton’s record at the State Department is one of failure and the news from North Korea only highlights that fact.”

America Rising also listed a number of Clinton’s claims vs. reality. For instance, in March 2012, Clinton praised North Korea for complying with a U.S. requirement that they would freeze their nuclear program in exchange for food and aid. Just one month later, however, North Korea violated the plan and as a consequence we had to cancel the shipment of resources.

As former Secretary of State, Clinton is supposed to be strongest on foreign policy. Yet, between her weak record around the globe and her brewing email scandal, it is undoubtedly her biggest point of contention.