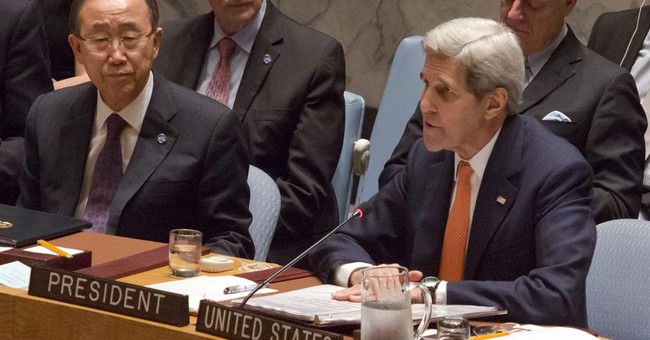 Earlier this month, the United States Commission on International Religious Freedom (USCIRF) asked the U.S. government to designate Christians, Yazidis, Shi’a, Turkmen, and Shabak communities of Iraq and Syria as the victims of genocide waged by the Islamic State of Iraq and the Levant.

Each of these groups deserve religious freedom and protection. Yet, there are murmurings that Christians will not be included on the vulnerable list. When the House Foreign Affairs Committee got wind of what may be a dangerous omission, they directly addressed Secretary of State John Kerry in a  letter urging him to designate this religious group as a victim of terrorism.

We are gravely concerned by persistent press reports that the Administration is preparing a genocide finding that would apply only to Yazidis,and may avoid judgment about whether ISIL is also committing genocide against Christians and the other minorities it is eliminating.

Last year, ISIL savagely murdered and videotaped their beheadings and mass shootings of Ethiopian Christians. Before that, they killed Coptic Christians from Egypt.

In March 2014, the Obama White House acknowledged the threat Christians in Syria face:

"The United States deplores continued threats again Christians and other minorities in Syria, who are increasingly targeted by extremists. Last week in Raqqa, the Islamic State of Iraq and the Levant (ISIL) announced it will force Syrian Christians to either convert to Islam, remain Christian and pay a tax, or face death.

Since the White House is aware that Christians overseas are being so brutally treated, why are they perhaps about to be excluded from the State Department’s genocide designation? Does this not put them at risk of losing protection they desperately need?

Read the entirety of the committee’s urgent letter here.