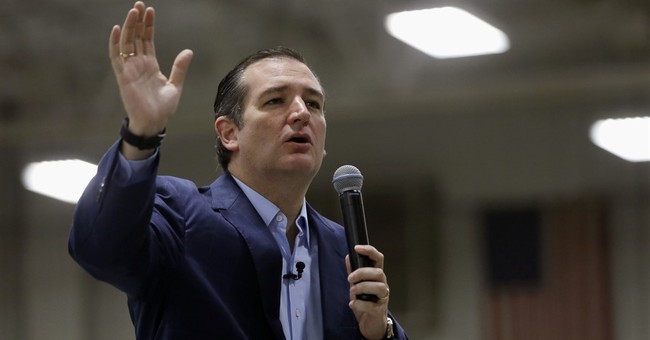 Presidential candidate Ted Cruz (R-TX), along with several other senators, helped introduce the Stop Sanctuary Policies and Protect Americans Act this week as a means to crack down on illegal immigration.

“In light of the threat criminal aliens pose to the safety and security of our communities, we can no longer allow states and municipalities to take federal taxpayer money while turning a blind eye to the illegal aliens in their midst,” Cruz said in a statement.

Earlier this year, Cruz introduced Kate’s Law to bring attention to the tragic case of Kate Steinle. Steinle was shot and killed in July by Francisco Sanchez, an illegal immigrant who, despite being a repeat drug offender and deported five times, was somehow freely walking along the same San Francisco pier as her. Kate’s Law places a minimum five-year prison sentence on any illegal immigrant like Sanchez who reenters the country after committing a crime.

“What happened to Kate Steinle is heartbreaking,” Cruz said. “And the heartbreak is even more tragic given the circumstances. Clearly, our laws are not adequately deterring those who have already been deported from illegally reentering the country. I'm proud to join with my colleagues in sending the message that defiance of our nation's laws will no longer be tolerated. Of course, stiff penalties alone will not suffice. Congress must hold this Administration accountable for its failure-if not its outright refusal-to enforce federal immigration laws and ensure the safety and protection of the American people.”

· Requires transparency to show which local jurisdictions are currently not in compliance with federal immigration law.

· Protects local jurisdictions and law enforcement agencies by preventing them from being sued for obeying the law and complying with federal immigration law enforcement requests.

· Increases criminal penalties for illegal immigrants who have illegally re-entered the United States after deportation and for those who have committed aggravated felonies.

This bill cannot return Kate Steinle to her grieving family, but it can hopefully prevent more unnecessary tragedy in the future.

Did Biden Just Pull the Plug on His Disinformation Governance Board?
Spencer Brown
What to Expect From the First Durham Probe Trial
Mia Cathell
Rubio Forces NIH to Admit There’s No Conclusive Data on the Impact of Puberty Blockers on Children
Madeline Leesman
College Professor Makes Wild Claim About How Many People Are Killed By White Supremacists
Julio Rosas
Here Are the 11 Senators Who Voted Against Another Unaccountable $40B for Ukraine
Spencer Brown
After Backlash, NJ School Officials Dig Their Heels in on New Sex Ed Standards