Cuomo Denies Responsibility in Corruption Case: Do You Blame Obama for Weiner? 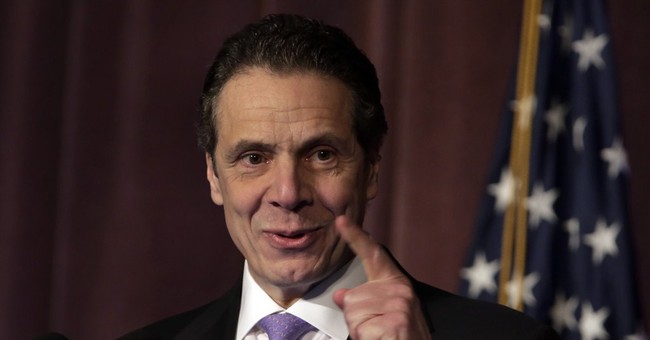 New York Governor Andrew Cuomo tried to distance himself from the corruption surrounding former State Assembly Speaker Sheldon Silver, who was booted from office following ethics and bribery charges, by comparing himself to President Obama. In a feature for The New Yorker, Cuomo said he should be blamed for Silver’s actions about as much as Obama should be blamed for Anthony Weiner’s immorality.

“If Anthony Weiner shows his private parts, do you blame Obama? These are criminal acts of individual legislators. What would you have me do?”

It’s perhaps an understatement to say this is a bit of a stretch. On the one hand, we have Anthony Weiner, a politician who ran for mayor of New York City, only to be disgraced after those now infamous sexts, and President Obama, who was miles away in Washington as the scandal unfolded. On the other hand, we have New York State Assembly Speaker Sheldon Silver, who was exposed as abusing his position for personal gain, and New York Governor Cuomo, who had known Silver for years, undoubtedly held some sway over him and had the chance to keep him accountable. Obviously, he had much more contact with Silver than Obama did to Weiner. There is no comparison.

It was suggested that Cuomo was involved in the Silver scandal after the governor shut down the Moreland Commission, which was tasked with investigating and exposing government corruption. Some claim that the governor only disbanded the commission after it got a little too close to his own administration and was trying to protect Silver.

Cuomo’s claim to innocence is a weak one. This has nothing to do with the White House and the governor’s farfetched defense only makes him seem guiltier.