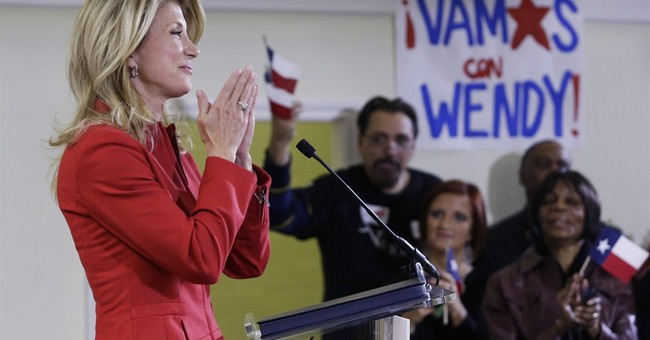 Missing from that tweet were statistics that reveal Davis paid her own male staffers significantly more than women for years. The Daily Caller has the exposé:

According to documents obtained in an open records request, in 44 out of the 58 months between Jan. 2009, when Davis took office, and Oct. 2013, the highest earner in Davis’ Senate office was a man.

This is just Davis’s latest bout of hypocrisy. In January, The Dallas Morning News wrote that Davis had exaggerated her rags to riches story. While campaigning that she overcame hardship living as a divorced teenage mom in a trailer home, Davis failed to admit this was only for a few months before moving into an apartment with her daughter. Her boyfriend then paid for her last two years at Texas Christian University. I don’t hear feminists bragging about these little details.