NYC Restaurant Owners Walk Away from $100,000 Due to City's Stifling Regulations 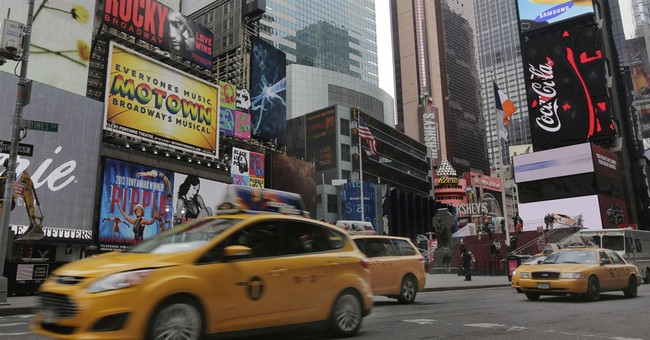 New York City restaurateur Robert Malta planned to open a new location for his wine bar Bocca di Bacco on Columbus Avenue. But, after suffering through a string of unnecessary regulations, he is walking away.

Here are just a few of the ridiculous rules the city imposed on Malta and his restaurant:

The Landmarks Preservation Commission tied construction up in knots at 294 Columbus Ave., while Dept. of Buildings rules required them to install sprinklers throughout the whole building, even though the café would only take up 800 square feet on the ground floor.

After the sprinkler installation, came the need to provide handicapped access under federal rules. Unsurprisingly, the Baltas ran out of patience:

“We had to give up because we didn’t know how long it would take,” he said — and lost four months’ rent of $26,000 per month, plus all the money the Maltas had put out for legal and design fees.

Malta’s decision to leave his lease forces him to forfeit more than $100,000 in rent security.

These burdensome policies aren’t only driving businesses away – they’re also preventing others from arriving.

Peter Braus, chairman of REBNY’s retail committee and managing principal of retail brokerage Lee & Associates, said, “At the end of the day, these policies are preventing a lot of people from coming to New York — people who have multiple locations around the world.”

Among them: British superstar chef Jamie Oliver, who has dozens of eateries in London. “We’ve reached out to him to come to New York, but he’s afraid,” Braus said.

No, New Yorkers aren’t likely to go hungry anytime soon – thousands of eateries line the Big Apple streets. But, perhaps Walker Malloy broker Rafe Evans isn’t exaggerating when he defines restaurateurs’ souring relationship with the city as, “clear and ominous proof that the increasingly business-unfriendly environment in the city is reaching a breaking point.”