Trump Inching Closer to NY Gov Race: ‘These People Are Tired of Losing’ 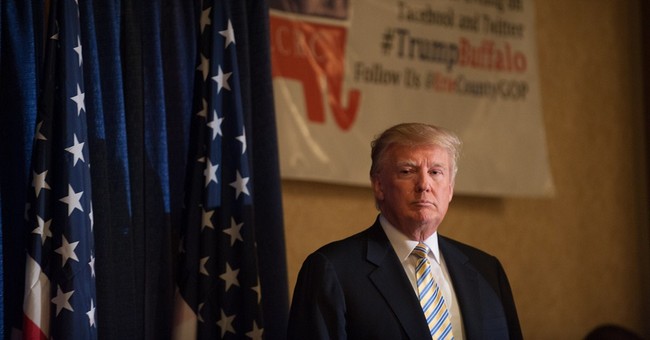 Although Donald Trump stated he would not run for governor of New York if Republican Rob Astorino, the Westchester County Executive and media personality, announced he was running, it now seems the billionaire businessman has changed his mind. Speaking with radio host Frederic U. Dicker of Albany’s The Capital District’s Talk 1300 AM this morning, Trump declared he's now looking to the county leaders to make a final decision:

“If the Republican party would unify, I would do it […] We’ll see what happens. It’ll be up to if the party chairmen are in my corner.”

After changing his tone on whether or not he’ll run, Trump came out swinging at just about everyone involved in the race. New York Governor Andrew Cuomo and Astorino were the biggest targets of his fiery tongue.

Although he claimed to like Rob Astorino, saying he’s a ‘nice guy,’ Trump claimed the low profile candidate has no chance of victory:

“If they want Astorino, that’s fine […] They haven’t won for a long time. It’s not gonna happen this time if they don’t pick the right person. These people are tired of losing.”

Trump seemed to suggest he was the man for the job. After all, he had no problem taking credit for Gov. Cuomo’s decision to cut toll rates in Staten Island:

“He watches every word I say. I did the people of Staten Island a great favor.”

The mogul also surmised that if Cuomo suddenly comes out in favor of hydrofracking, that will be his doing as well:

“I guarantee he comes out in favor of it. There’s no way he cannot do it and if he does, I should get credit for it.”

So basically, if you’re a New Yorker having a good day, you can thank the Donald.

As Dicker pointed out, Trump’s presence in the race will undoubtedly make it harder for Astorino to raise money. Will this do more harm than good for a party trying to unify itself?

Trump’s confidence was also apparent in his revelation about the 2012 election:

“The only time I looked seriously was last presidential race. I was leading in the polls […] In retrospect, I wish I’d stayed in the race.”

One thing's for sure. Trump is not short on confidence. But will New Yorkers give him the credit he believes he deserves?