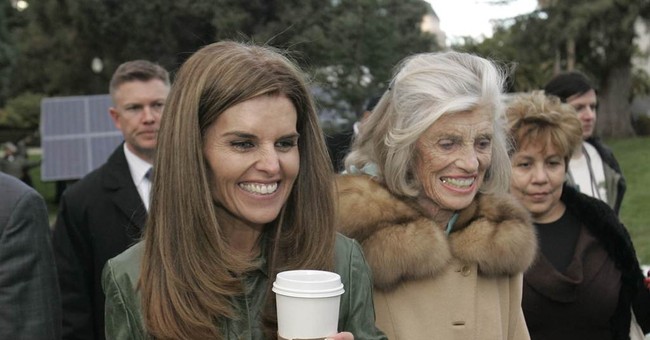 The Shriver Report is a “groundbreaking series of reports that chronicle the status of American women and shifts in the American culture affecting women,” according to its website.

In actuality, it’s a misleading project by journalist Maria Shriver and several celebrities who are trying to convince the rest of us there is no such thing as “gender equality.” For instance, Beyoncé asks why women are still viewed as “less than equal” and Shriver herself laments, “For too many American women, the dream of ‘having it all’ has morphed into ‘just hanging on.’”

The report succeeds at exposing just how vulnerable many women – especially unmarried women – are, and sheds light on some of the legitimate challenges they face. But the study does little to explore the driving forces behind these challenges, and instead focuses on perpetuating the myth that American society is inherently unfair to women and girls today, and only a growing state can change things.

The Shriver Report, however, disregards how government has created perverse incentives through a ballooning welfare state, government-run schools, and disincentives to marry, which have worsened the lives of many American women.

About a year ago, I wrote a piece about how Diana Furchtgott-Roth, the former chief of staff of President George W. Bush’s Council of Economic Advisers, debunked the glass ceiling myth. What I took away from her speech, was that while a wage gap may be apparent, several factors can explain the divide:

More women major in fields such as English, whereas more men tend to study in the fields of math and physics – areas which typically have higher paying jobs. Also, female employees work on average 10 percent fewer hours than their male counterparts. ‘Full-time’ is considered anything over 35 hours a week. The Labor Department counts no difference, for instance, between a man working 50 hours a week and a woman working 40 hours a week.

Like Forbes’s Schaeffer, I reject the idea that a “wage gap” can only be solved by Big Brother. Here's her smarter suggestion:

Instead we need to focus on smart government, with targeted assistance programs, but which lessen the burden on the economy to encourage job creation and a more flexible workplace, and increase opportunity for all Americans, women and men alike.

But how tragic to think that their victory should come at the expense of creating a large segment of women who are wards of the state.