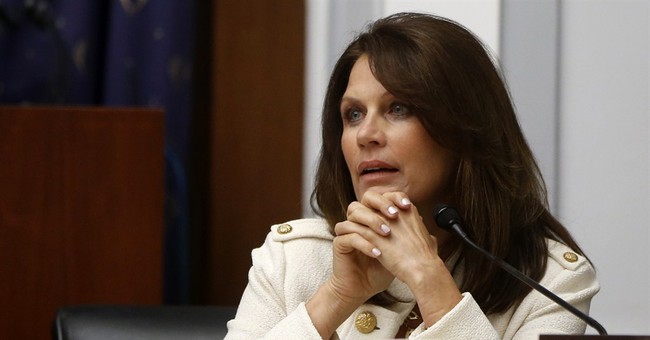 This morning I had the chance to speak with Rep. Michele Bachmann (R-MN) fresh off her trip to Israel, where she met with Israeli Prime Minister Benjamin Netanyahu regarding the nuclear agreement with Iran that the latter has defined as a “very, very bad deal.”

The P5+1, comprised of the US, UK, France, Russia and China and Germany, met with representatives from Iran this weekend to try and agree on a deal that would ease sanctions on Iran in exchange for the nation’s curbing its uranium enrichment program. Those talks failed to broker an agreement.

During her trip, which Bachmann says was “one of the best she’s ever had,” the representative had the chance to meet with Netanyahu the day before he told the world the proposed negotiation with Iran was a “dangerous and bad deal.”

What did you discuss in your meeting with Prime Minister Netanyahu?

“I think what the Prime Minister said on Friday was very reflective of what we heard on Thursday,” Bachmann shared with Townhall. “It was a very productive meeting. In this trip, it was far different because he had just been briefed on the deal -- he was clearly upset about the disastrous proposal. Those of us in the room, we assured him we didn’t agree with it.”

Bachmann, who insisted the sanctions imposed on Iran were just starting to work, now fears an easing of those sanctions would allow them to pursue the building of nuclear weapons.

“We’re looking at 18,000 centrifuges, nine to ten tons of enriched uranium -- they are advancing toward the capability.”

A nuclear Iran, Bachmann fears, would spell danger for more of the world than just its vulnerable neighbors.

“Clearly US national security is every bit as much at risk as Israel’s [...] This is one of the defining issues of history [...] It’s shocking Obama would seek to undermine it [Israel’s safety] at the worst possible time. It’s a foolish and dangerous decision.”

She elaborated on why she believes a nuclear Iran cannot be trusted:

“Iran has not in any way demonstrated they are capable of responsibility. They believe they have an indigenous right to create enriched uranium.”

You’re a member of Christians United for Israel, can you explain why Israel is so close to your heart?

“They are the greatest ally the US has," she said. "They have been under attack since the day it declared independence [...] We have an affinity with Israel such as our religious roots. Israel has proven it’s the only example in the Middle East of stability. She was a third world country that brought herself up to first world status. What I have seen is a miracle in Israel.”

Bachmann shared how she even spent a summer on a kibbutz in Israel when she was a teenager. Clearly, her appreciation for the country make the representative even more ashamed of the recently proposed plan to ease sanctions on Iran -- a nation which has not been afraid to voice its contempt for and outright threaten Israel.

Writing in the Jerusalem Post last week, you wrote “America is not at its best” in regards to its current relationship with Israel. What would be America at its best? What can we do to prove to Israel they are still an important ally?

“We can repudiate the P5+1 deal -- that’s the most important action we can take right now," she said. "As Netanyahu said, it’s the ‘deal of the century for Iran.’ They’re essentially giving up nothing and gaining access to tens of billions of dollars. That will change the course of history. It’s our chance to stop it. We can see terror organizations with access to nuclear weapons such as Al Qaeda, etc. This is the crucible of history.”

She then condemned the president’s faith in Iran’s new leader:

“Obama is taking the wrong view in putting trust in the nation-state and Rouhani -- the Khomeini, which means ‘Supreme Ruler.’ Rouhani does rule and he will use the nuclear weapon.”

Bachmann ended our conversation with a final warning:

“We can’t lose this moment by foolish decisions. That is suicidal to American national security interests.”

Whether or not Bachmann’s warnings are heeded will remain to be seen when Iran and P5+1 meet to discuss negotiations again on November 20.