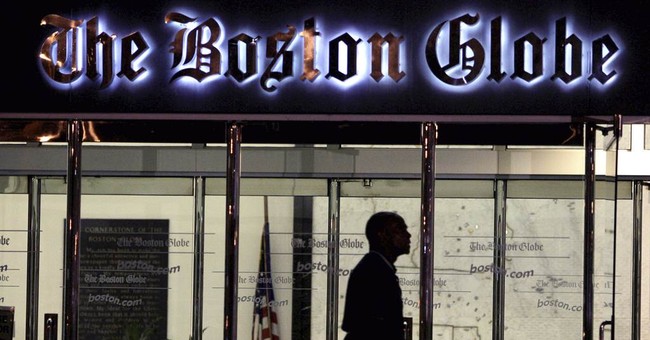 When the New York Times Company purchased the Boston Globe in 1993 for $1.1 billion, they probably didn’t foresee selling it 20 years later at a harsh 93 percent loss. But, the Boston Red Sox owner John W. Henry’s straight cash deal was too enticing for the financially burdened Times to resist. In February, the company announced it was putting the Globe up for sale, and this Saturday it sold the 141 year-old paper and its other New England media properties to Henry for just $70 million.

This huge profit loss comes as the Times is already struggling with an industry wide decline in advertising, which has caused a drop in sales and stock prices. Its ad revenue has now fallen for 11 straight quarters. To make matters worse, the company will need to offset the Globe's pension liabilities, which are estimated at over $100 million.

The New York Times itself was obligated to cover the unfortunate news:

Like most newspapers, the Globe has struggled to hold onto its readers and the print advertisers who fed its profits for decades. According to the Alliance for Audited Media, circulation at The Globe from Monday through Friday declined 38 percent in 2013 from 2003, to 245,572 from 402,423. Before the Times Company bought The Globe in 1993, The Globe had a weekday circulation of 506,996.

Despite the dismal statistics and subsequent loss, Mark Thompson, chief executive of The New York Times Co., is remaining optimistic.

"As a result of this agreement, we will be able to sharpen our company focus on and investments in The New York Times brand and its journalism."

Positive words, but the Times’ future continues to look grim. The troubled newspaper had opportunities in the past to sell the Globe, but either declined because the interested buyer did not offer enough up-front cash, or was too conservative. As such, the less-than-ideal cash sale to Henry is expected to close in 30-60 days.

This may be one headline the Times wishes wasn’t “fit to print.”