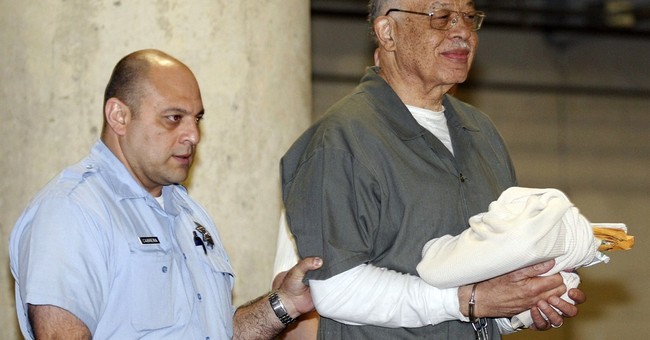 Kermit Gosnell, the former ‘House of Horrors’ abortionist serving life in prison for the deaths of babies born alive in his filthy, Philadelphia clinic, now has another stain on his blood-soaked record: drug dealing.

Prosecutors say Gosnell inundated Philadelphia’s streets with drugs such as OxyContin, codeine-laced cough syrup and the antidepressant Xanax, selling prescriptions for $10 or $20. Investigators found more than $240,000 in cash in a 2010 raid of his home.

Clinic ledgers show Gosnell took in as much as $3,000 a night in cash from his pill mill operation, according to Assistant U.S. Attorney Joan Burnes. Burnes also revealed Gosnell commented on the drug operation on a recording.

"It is a hell of a lot of writing, 200 prescriptions a night," Gosnell said.

The guideline sentence for the abortionist’s drug dealing is 24 to 30 years, but, given his life sentence for killing newborns, his defense lawyer Jack McMahon considers the time “moot.”

Gosnell’s murder trial put a face to the immoral late term abortion industry, which allows abortion after 20 weeks – a stage at which babies can feel pain. These are the kind of procedures legislators just voted to ban in Texas.

Considering Gosnell’s other egregious crimes, his drug dealing may seem like a minor offense. In any case, it just reaffirms Gosnell is right where he belongs.