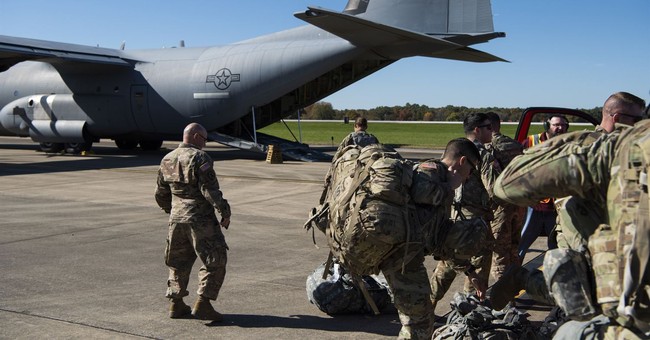 President Biden is planning a total withdraw of American forces from Afghanistan by September 11, according to multiple media reports.

First reported by the Washington Post, the scheduled date of withdraw would mark the twentieth anniversary of the 9/11 attacks and also push the boundaries of a Trump-era agreement with the Taliban to vacate the country by an earlier date.

While the original agreement reached by the Trump administration outlined a total withdraw by May 1, President Biden has repeatedly commented on the difficulty of meeting that deadline, saying of the withdraw in a March interview, “It could happen, but it is tough.”

However, according to senior administration official, the coordinated NATO and U.S. withdraw will commence on May 1 and conclude by the symbolic date of September 11, 2020.

The official expressed that Biden reportedly sees “no military solution” to the two-decade old American-backed conflict and has decided to instead place the administration’s “full weight” behind the obtainment of a diplomatic solution between the Taliban and the Afghan government.

The official was keen to add, “But what we will not do is use our troops as bargaining chips in that process."

The Afghan war has spanned nearly 20 years and cost the American taxpayers over two trillion dollars. The war was started just day after the terror attacks on September 11, 2001 and has been responsible for the deaths of over two thousand Americans and 38,000 Afghan civilians.

Early in 2020, then-President Trump orchestrated a historic deal between Taliban and NATO leaders resulting in a ceasefire and the agreement to remove all foreign military troops from Afghanistan before a May 1 deadline.

The Taliban has claimed it will recommence violent attacks if foreign troops are not removed by the originally set date. However, it is unclear if they will follow through on their past threats as the U.S. has warned that any conflict during their departure will result in severe retaliation.

Biden’s commitment to a total withdraw from Afghanistan comes on the heels of the administration’s three-month review of the longstanding conflict and how best to proceed forward.

There are reportedly over 2,500 U.S. troops currently serving in Afghanistan.