Over 600 Killed in Myanmar as Military Junta Enacts Further Restrictions 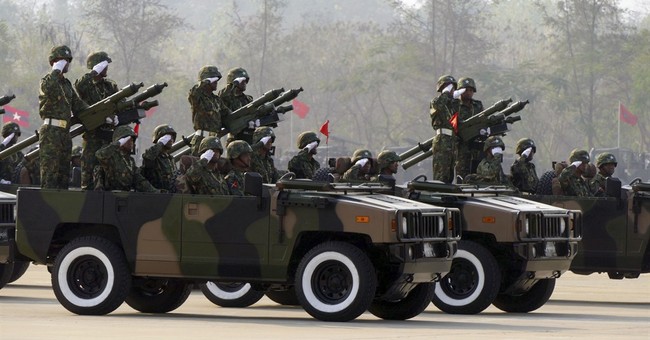 Myanmar’s military junta reached a vile milestone today with the overnight killing of eleven pro-democracy activists, bringing the grand total of civilian deaths to over 600, according to the Assistance Association of Political Prisoners (AAPP).

The country, also referred to as Burma, has spent over two months under military control following a February 1 coup which deposed the democratically elected leader, Aung San Suu Kyi, citing unsubstantiated claims of voter fraud in the country’s 2020 elections.

In the coup’s subsequent days and weeks, and in the face of violent military retaliation, the citizens of Myanmar have mounted protests and demonstrations across the country decrying the military’s actions.

On Wednesday, multiple truckloads of troops responded to a pro-democracy protest in Myanmar’s central city of Taze just hours after the military fired live rounds and launched grenades into a similar protest in the nearby town of Kale, killing 12.

The troops arriving in Taze were met by demonstrators wielding homemade firearms, firebombs and projectiles, and ultimately 11 more democracy advocates were killed.

Speaking on the escalating violence, a former government minister representing the ousted civilian government (the CRPH) told Reuters, “People will try to defend their own lives and their rights,” going to say, “People will not wait for the CRPH to act. The CRPH cannot stop the possible armed resistance by the people, from the people.”

Led by Senior General Min Aung Hlaing, the military has continually escalated its effort to control its largely unhappy population through both senseless violence and the limiting of internet and media access.

Late last week, the junta blocked all wireless internet access to its country’s 55 million residents, and it has now begun to forcibly confiscate satellite dishes from homes, business and retailers.

On top of killing more than a confirmed  600 residents, the military has also detained or disappeared at least  2,847 others, according to the AAPP.

Two of the county’s best known entertainers, actor Paing Tukhon and comedian Zarganar, were taken from their homes following remarks of support for the pro-democracy protesters.

Both the U.S. and the international community have vehemently condemned the military’s continued violent rule, instituting sanctions on the military’s top generals along with the country's state-owned businesses.

However, experts agree that sanctions are not likely to compel General Hlaing and the military to release control back to the democratically elected CRPH, instead predicting that the conflict between the junta and pro-democracy advocates will continue to escalate.