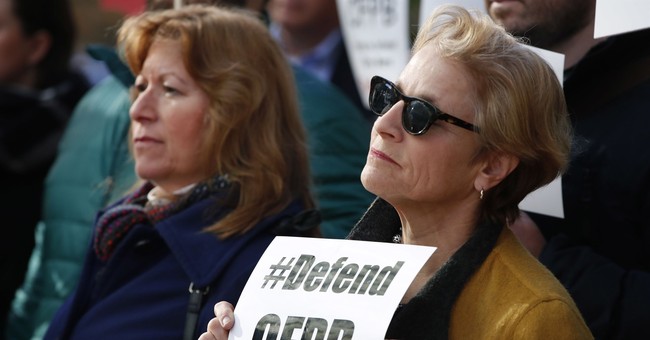 Biden’s nominee to serve as director of the Consumer Financial Protection Bureau (CFPB) has yet to be confirmed. However, the government agency is already undertaking a transformation guided by the new administration’s commitment to addressing disparate outcomes and social inequity.

The CFPB was created by the Dodd-Frank Act in the wake of the 2008 financial crisis and was meant to serve as a protection to the American people against harmful or illegal business practices. The agency creates and enforces rules for financial institutions while also maintaining a database of public complaints often used as the basis of its investigations.

In a recent interview, Sen. Sherrod Brown (D-OH), Chairman of the Banking Committee, spoke of the shift at the CFPB, saying, "We have a White House that is totally dedicated to rooting out structural racism, and this agency is going to be an important part of doing that."

Immediately upon then-Harvard Law Professor Elizabeth Warren's proposal of the CFPB, Republicans came out against the agency citing already existing finical regulatory bodies, such as the Securities Exchange Commission and the Federal Deposit Insurance Corporation.

Republicans were also concerned that the agency was the “epitome of government overreach” and escaped congressional oversight by receiving funding directly from the Federal Reserve.

During his 2016 campaign, then-candidate Trump made the CFPB a common target of his arguments against government regulation. Once elected, Trump followed through on his verbal attacks with physical action.

Although Trump was unable to abolish the agency outright, through his installment of two new directors, known CFPB critic Mick Mulvaney, followed by Ohio Republican Kathy Kraninger, he was able to dramatically decrease the agency’s budget and regulatory jurisdiction.

His initial nomination of Mulvaney was challenged in court, but ultimately the Supreme Court upheld a sitting president’s ability to remove and replace a CFPB director. But following Biden’s election victory, the SCOTUS decision means Biden can instill new leadership and remake the agency in his own image.

And in line with the Biden Administration's guiding mantra of addressing racial inequity and uprooting systemic racism, the CFPB is shaping up to likewise be used as a tool to push forward the left’s policies.

According to NBC News, the Biden Administration “has pinpointed the agency as a key weapon in his arsenal to address racial disparities in access to loans, capital and credit, part of major campaign promises to Black Americans and other people of color.”

He has also hired as a senior advisor Diane Thompson, a vocal proponent of the CFPB focusing with greater detail on antidiscrimination measures and racial inequity.

President Biden’s nominee, Rohit Chopra, has yet to take control of the CFPB, but the direction of the agency moving forward is becoming clear. The CFPB is shaping up to become a motivated arm of government aimed at combatting perceived systematic racism by regulating, investigating, and punishing American businesses.

What could go wrong?