Raffling Off a Ticket to Space 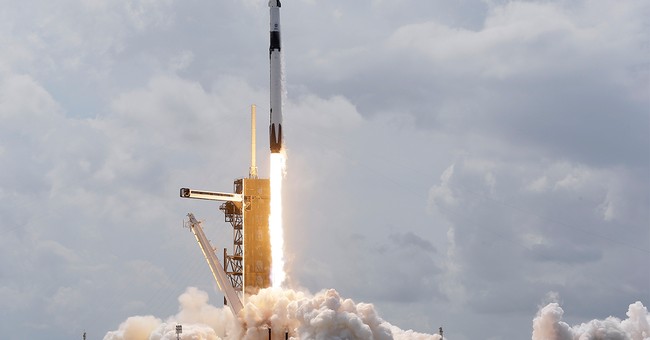 A billionaire is seeking to eradicate childhood cancer by leading a mission into space and offering civilians the chance to be a co-pilot.

SpaceX announced Monday its first all-civilian space flight has been purchased by billionaire Jared Isaacman and is set to launch later this year. In a humanitarian twist, Isaacman is aiming to raise $200 million for St. Jude Children’s Research Hospital by raffling off a single seat on the rocket to those who donate to the hospital during the month of February.

Said Isaacman, “I appreciate the tremendous responsibility that comes with commanding this mission and I want to use this historic moment to inspire humanity while helping to tackle childhood cancer here on Earth.”

The mission, dubbed Inspiration4, will be comprised of Isaacman, an unannounced   St. Jude healthcare worker, an entrepreneur connected to Isaacman’s E-commerce platform, and the winner of the St. Jude raffle. The four-person crew will receive commercial astronaut training from SpaceX personnel and launch from Florida’s Kennedy Space Center sometime in the fourth quarter of 2021.

Throughout February any member of the public can donate to St. Jude Children’s Research Hospital through the Inspiration4 website and be automatically entered into the running to win the seat. Isaacman is also offering other prizes and rewards as incentives to donate larger sums of money, including a ride in one of his personally owned fighter jets.

Isaacman amassed his fortune as the founder and CEO of Shift4 payments and is himself an accomplished pilot. He has a long history of humanitarian giving and has personally pledged $100 million of his stated $200 million goal, the largest donation by a single individual in the hospital’s history.

The announcement comes less than a year after SpaceX launched its first manned test, the first ever manned U.S. commercial rocket to enter into space. Dubbed Demo-2, the earlier mission was crewed by two NASA astronauts and successfully delivered them to the international space station.

Announcing the plans for SpaceX’s first civilian led mission, Elon Musk, the founder and CEO of the trailblazing company commented, it is "an important milestone towards enabling access to space for everyone,” continuing on to say, "At first, things are very expensive, and it's only through missions like this that we're able to bring the costs down over time and make space accessible to all."

The pairing of Isaacman and Musk are set to make history. Not only are they introducing the frontier of space to us common civilians, but they’re working to alleviate one of the Earth’s most grotesque plagues, childhood cancer.