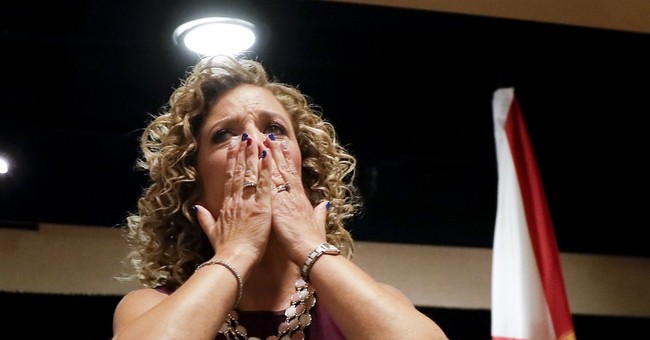 At first, Debbie Wasserman Schultz was poised to easily win re-election to her House seat, but that was before her recent email scandal and before Sen. Bernie Sanders decided to endorse her primary challenger. These recently leaked emails are providing political gold for both Republicans and Democrats running against Wasserman Schultz.

Her primary challenger, Tim Canova is now using the email controversy to campaign against her.

Canova took the opportunity to attack Wasserman Schultz over Twitter, check out the tweets below.

The people of South Florida deserve to hear from all the candidates. It’s time to debate me, @DWSTweets. #DebbieDodgesDebates

My schedule is a little tight, but I’m sure we can find time to debate now that you’re free, @DWStweets. https://t.co/Htt6fWh2u3

His campaign has already received nearly $100,000 since the whole email scandal broke.

Canova has promised to campaign vigorously to unseat Wasserman Schultz in the coming months.

"I have not left the district in eight months," said Canova. "That's not going to change between now and Aug. 30. I don't think there's going to be a great need for me to go up to Philly and chase the spotlight. We're making friends on the ground every day."

Sanders endorsed Canova back in May. "Well, clearly, I favor her opponent," said Sanders in a statement. "His views are much closer to mine than as to Wasserman Schultz's."

The Democratic Congressional Campaign Committee even announced that they will not spend money on Wasserman Schultz primary campaign against Canova.

Republican contenders have also used this scandal as an attempt to further highlights Wasserman Schultz's corruption.

The emails just point out what so many of us believed, that the process was rigged for Hillary Clinton," said Joe Kaufman, one of two Republican primary candidates in Wasserman Schultz's Congressional District. "It looks a little like Debbie is getting a payback for her helping get Hillary Clinton elected. My campaign believes that people who wanted to vote for her just shouldn't vote at all because a vote for her is a vote for the rigged process."

"I think for the first time she has a chance to lose this election, even though it's in one of the bluest districts in the country," said the other GOP candidate Martin Feigenbaum.

Most people still believe that Wasserman Schultz is the most likely to win in November. Cook Political Report shows Schultz as a "solid" pick to win.