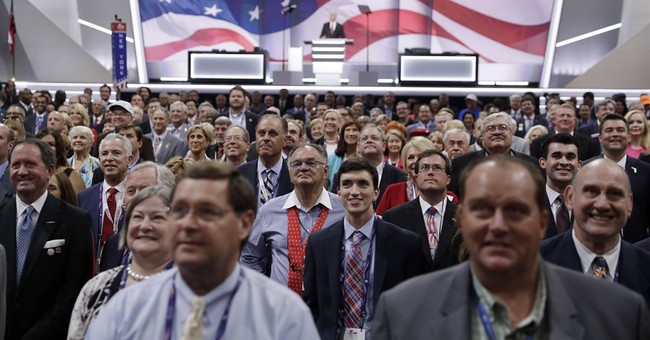 On Monday, the 2016 Republican National Convention started and was filled with numerous speeches that showed the values a Trump presidency would embody. Here are some of the biggest highlights from last nights events.

The Never Trump delegates have been trying to unseat Trump as the nominee for quite some time, and many thought that they were finished when the rules committee turned down their conscience clause proposal last week. They showed on Monday that they were ready to try one last ditch effort to throw away the delegate binding rule. They tried to get the rules to be put to a floor vote, but they failed to get enough signatures to do so and they were defeated once and for all.

Pat Smith, the mother of Sean Smith, one of the soldiers killed in Benghazi, gave an emotional speech that completely destroyed Clinton's trustworthiness. She provides us with a first hand account of how Clinton lied to her about her sons death, and she made a strong case for why we can't elect Clinton come November.

He takes the time to remind us that the police are very important, and that America must be made safe again. His speech gave the crowd a much needed refresher after all of the horrific police shootings that have happened lately.

Rudy Giuliani gave one of the best speeches of his career

Melanie Trump showed us what Donald's vision is

She did a great job of humanizing her husband, and explaining how his record as a businessman should be enough proof of how he can unite the country towards prosperity.

In typical Trump fashion, Donald made sure that his presence was known, and made quite a cool entrance to introduce his wife Melanie. He walked out to Queen's "We Are The Champions" and tons of applause.

He told the crowd exactly what most of us Americans are thinking, that Clinton should be locked up after she broke the law with her email server. This was a great followup to Melanie Trump's speech, and it really shows how mad Republicans are over the FBI decision.

Stay tuned for day two of the RNC, I'm sure it will be as action packed as Monday was.