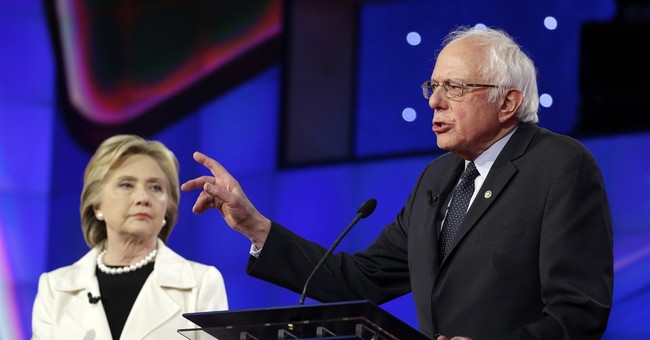 Over the weekend, the Democrats passed their most liberal party platform in history. The Sanders campaign sees this as a huge win for their campaign, as most of the very progressive issues he championed have made it onto the platform.

The Sanders campaign is very pleased with their liberal victories over the weekend. "We have made enormous strides," said Sanders in a statement.  "Thanks to the millions of people across the country who got involved in the political process – many for the first time –  we now have the most progressive platform in the history of the Democratic Party."

It's not surprising that the Sanders campaign was able to push through such a progressive platform, seeing as they chose five of the 15-member platform committee.The party platform is a non-binding document that formally expresses the parties positions on a wide variety of issues.

Some of the most liberal positions in the platform include support for a $15/hr minimum wage, a tax on carbon and support for decriminalization of marijuana. The carbon tax portion says that "greenhouse gases should be priced to reflect their negative externalities, and to accelerate the transition to a clean energy economy and help meet our climate goals."

Public healthcare was also a huge issue that both campaign agreed on. Clinton called for changing Medicare to now allow people 55 years and over to enroll in the program. Some other issues mentioned in the platform include abolishing the death penalty and support for a Constitutional amendment to overturn the Citizens United case.

The Sanders campaign did face a huge defeat with the platform's support of the Trans-Pacific Partnership, a deal that Sanders spent much time campaigning against. The committee did vote on an amendment that calls for stronger language with trade deals, but they voted down an amendment to oppose the deal.

"This disastrous deal would make it easier for multi-national corporations to ship jobs overseas, harm the environment, undermine democracy and increase prescription drug prices for some of the most desperate people in the world," said Warren Gunnels, the Sanders campaign policy director. "We will continue fighting to protect American jobs and to ensure Congress does not pass this disastrous trade agreement."

The platform will be formally announced at the Democratic National Convention, which starts on July 25 in Philadelphia.