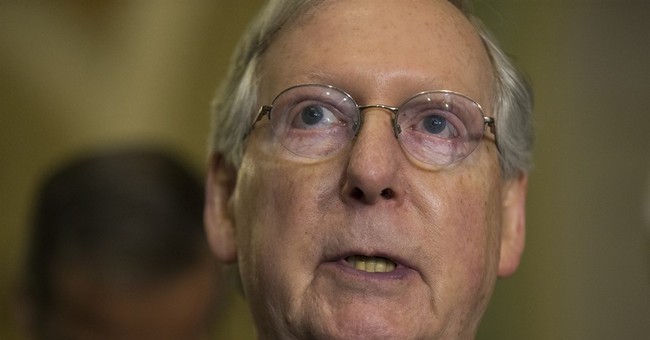 Today, Puerto Rico may finally have received some desperately needed good news. Senate Majority Leader Mitch McConnell announced Monday night that the Puerto Rico bailout bill passed by the House would be voted on in the Senate this week.

McConnell filed cloture on the bill, which is a process designed to limit debate on a bill. This means that the bill could be passed by the Senate as soon as Wednesday, and be waiting for President Obama's signature as soon as Thursday morning.

This bill is meant to help prevent Puerto Rico from defaulting on a $2 billion payment of their $70 billion debt that is due this Friday.

The bill would create a board composed of seven members that would be in charge of overseeing the financial recovery of Puerto Rico. They would negotiate with creditors and courts to reduce some of the debt. The bill does not provide any taxpayer funds to pay for the debt. Although, the bill does not provide funds it is needed because Puerto Rico cannot declare bankruptcy under federal law.

Some Senate Democrats aren't happy with the current proposed bailout bill, and have several amendments that they will try to propose. If any of these amendments pass, they would have to be debated in the House, and by that time Puerto Rico will have defaulted.

Sen. Robert Mendez, one of the most critical opponents of the bills, said that he plans to propose several amendments to the bill. He is going to propose amendments that would add two oversight board members that would be chosen by the Puerto Rican governor and senate, give more power over debt restructuring to the local government and increase funding for public services.

Even some Republicans in the Senate aren't happy with the bill.

"I haven't seen that the bill is going to guarantee that the lack of fiscal frugality and the collection of taxes is taken care of enough to satisfy me," said Sen. Chuck Grassley.

Some believe the Senate vote is a response to a letter Treasury Secretary Jack Lew sent to McConnell urging action to stop Puerto Rico from defaulting.

"In the event of default, and if creditor lawsuits are successful, a judge could immediately order Puerto Rico to pay creditors over essential services such as health, education, and public safety," wrote Lewis. "This could force Puerto Rico to lay off police officers, shut down public transit, or close a hospital. Even a retroactive stay on litigation passed by Congress a few days later would not reverse such a court order."

The Senate is scheduled to vote tomorrow on the cloture of the bill and for it pass it will require 60 votes on the bill, rather than the normal amount of 51.