The Gun Control Debate: Several Arguments Being Made Against Using The Terror Watch List 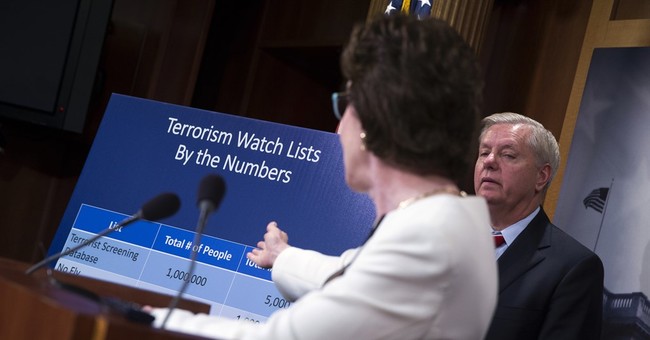 After the horrific Orlando shooting, much of the nations attention has shifted towards new gun control regulations. One of the most popular measures being debated is to ban those on the terror watch list from being able to buy guns. Banning suspected terrorists from buying guns seems like a no-brainer for most people, but the terror watch list is not as simple as most people would like to think.

The terror watch list, also known as the terrorist screening database, is a collection of lists maintained by the FBI and other intelligence groups of suspected terrorists. The No-Fly list is one of the most commonly known of these lists. Last year, there was about 800,000 names on the watch list, according to the Screening Center's director Christopher Piehota.

Here are several of the strongest arguments that have been offered by those who oppose the ban.

Innocent until proven guilty is one of this nation's most important founding principles, and this list seriously endangers that ideal. If any of your constitutional rights are to be limited, you are guaranteed a due process of law to challenge the limitation. This list has almost no due process at all, which makes it very hard to debate your conviction.

If you're charged with a crime or denied any of your constitutionally guaranteed rights in this country, you have a right to know why. Imagine if tomorrow you're told that you're no longer allowed to say what you want. Wouldn't you want to know what criteria was used to make this decision, and who made this decision?

Some consequences of being placed on the watch list include harassment, questioning, an indefinite ban on traveling or even detention.

Many security experts believe that blocking people on the terrorist watch list from buying guns won't really solve any problems, and some believe it would actually hurt our ability to stop terrorists from getting guns.

"It would absolutely, totally ruin the cases that they've got," said Tim Healy, the director of the Terrorist Screening Center from 2009 to 2013. "If a guy knows that he's watch-listed, he's going to act differently."

The terrorist, if denied, probably would then proceed to buy the gun illegally on the black market.

The FBI currently may not be able to block the sale of guns to those on the terror watch list, but they're able to conduct a follow-up investigation.

Reardon explained just exactly what an agent can do after they receive a tip. "[The agent can] go to the gun store and ask what is it a person is trying to buy? Was there anyone else with them? What did he say? Things like that."

Another huge flaw in using the terror watch list is that it is full of errors and includes many people who were mistakenly placed on the list.

Some people that were on the no-fly list include Senator Ted Kennedy, Bolivian President Evo Morales, Nelson Mandela and CNN Reporter Drew Griffin.

Also, it's extremely hard and merely impossible for someone to get taken off of the list. For someone to have their name removed from the list, they must submit a complaint through a redress program and then hope an internal review is launched. However, the internal review is not subject to any court or outside oversight. Also, the individual would never know if they were taken off of the watch list.

Just look at how vague the guidelines were in the leaked 2013 version.