The Scandal-Plagued Choices America Is Stuck With 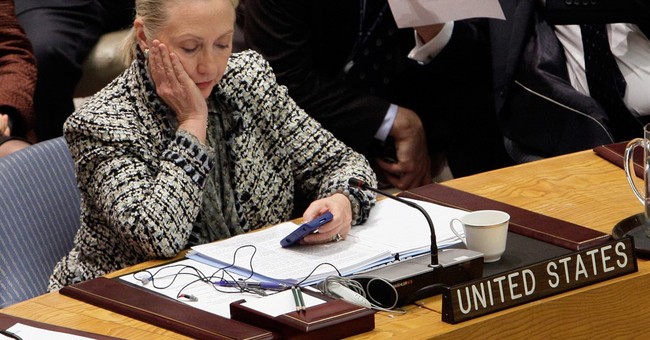 This general election is turning out to be the definition of voters having to choose between the lesser of two evils. Both Donald Trump and Hillary Clinton have been involved in some pretty questionable scandals in their professional lives.

The year was 1972, and a black woman went to find out if she could rent an apartment owned in Brooklyn that was owned by Trump’s real estate company. The woman was told bluntly that there was nothing available for her. Not too long after, a white woman tried to rent one of these apartments, and she was told that two were available for her.

As it turns out, these two women were actually government agents in charge of investigating housing discrimination.The government investigated the Trump real estate company further, and they found even more questionably racist business practices.

Apparently, Trump employees marked minority applications with codes to identify them. Their findings also alleged that employees steered away blacks and Puerto Ricans from buildings that had mostly white tenants, and towards buildings that were composed primarily of minorities.

The Justice Department sued Trump on October 1973, and the two sides reached an agreement requiring Trump to stop his discriminatory practices on June 10, 1975.

Trump seriously expanded his empire in the 1980s, but some of the methods he used were quite questionable. David Cay Johnston, a journalist who has covered Trump for years and even wrote an unauthorized biography on Trump, has shown that Trump had some ties to the mafia.

This all started when Trump purchased a bar for twice its market value from Salvatore Testa, a made man in the Philadelphia mob and son of a former mob head. Also, two of the construction companies that Trump used in Atlantic City were owned by two mobsters. The S&A Concrete Company, which was also owned by a mobster, built several of Trump’s buildings in New York.

Trump University was created in 2004, by Michael Sexton and Jonathan Spitalny, in an attempt to offer real estate training courses. Trump endorsed the business and became a 93 percent owner of the business.

Trump sold the university as a premier real estate training seminar, and even said that all of the speakers were handpicked by him. Many of the instructors came from fields that were completely unrelated to real estate. Despite his claim, Trump had a very small role in picking the speakers.

Students enrolled to learn from the best in real estate, but it turns out the university was only interested in selling their high cost course. Victims lost anywhere from $1,495 to $60,000 at this fraudulent university.

There’s a reason that Hillary has earned the nickname “Crooked Hillary,” and here’s a list of some of the most controversial scandals she has been involved in.

This is perhaps one of the most serious of the scandals that Clinton has been involved with. The Clinton Foundation, during her time as secretary of state, accepted millions of dollars from seven foreign governments. The foundation has earned $2 billion since it was created in 2001.

A $500,000 donation from the Algerian government, even violated an ethics agreement that Clinton agreed to before she joined the Obama administration. The agreement said that the foundation would not accept donations from governments that had not donated in the past.

A 12-year old girl was brutally attacked and raped in 1975. A young Clinton successfully defended the rapist in court. The victim said that “Hillary Clinton took me through hell,” in an interview with the Daily Beast.

Clinton came up with tons of allegations and lies towards the girl to try and destroy her credibility. She said the victim was “emotionally unstable” and “had fantasies of older men.”

Clinton even acknowledged in a later interview that she knew her client was guilty, and even laughed about getting him out of a rape conviction.

Not only did Clinton have a private email address, but she also had a private email server that was set up at her house. This means she and her aides had complete control over which emails went to the State Department.

None of the former secretary of states had a private server, or used email as extensively as Clinton. Clinton loves to argue that had she asked the email server would have been approved, but the recent inspector general report release said it would not have been allowed.

Keep in mind, this is just all we know about this scandal so far. There could be another bombshell waiting to be released.

With all of these scandals it’s no wonder they both have such low approval ratings. Unfortunately come November one of these candidates will be our next president.