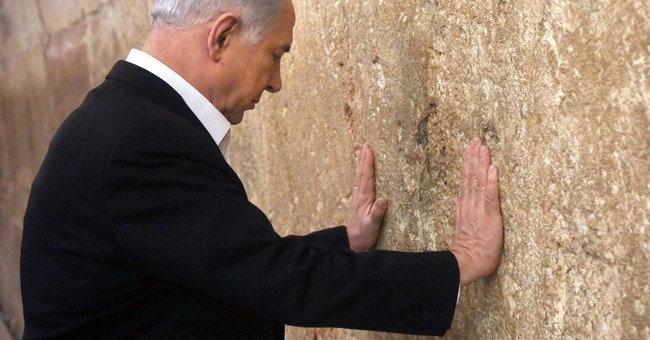 President Obama does not want Israeli Prime Minister Benjamin Netanyahu to speak in front of a joint session of Congress Tuesday.

His National Security Advisor Susan Rice even told PBS last week that the speech was "destructive to the fabric" of the Israeli-American relationship.

The Obama administration has consistently maintained that their objection to Netanyahu's visits is due to the upcoming Israeli elections. White House Press Secretary Josh Earnest has repeatedly claimed that the White House has a firm policy of not meeting foreign leaders too close to an election. The White House also claims that Speaker John Boehner (R-OH) breached protocol by inviting Netanyahu to speak without first consulting with the president.

But the real reason Obama fears Netanyahu's speech is because he knows the Israeli prime minister will make a forceful case against Obama's imminent nuclear deal with Iran. I

Netanyahu believes this too. Which is why posted this tweet before he left Israel for the United States Sunday:

I am leaving for Washington on a fateful, even historic mission. I am the emissary of all Israelis, even those who disagree with me.

The "mission" Netanyahu is referring to, is an end to Obama's emerging nuclear deal with Iran, which Netanyahu and many Israeli's believe would be detrimental to their country's national security.

Netanyahu has also signaled that he has new information for Congress about the Iranian deal that Obama has not shared with his country. "We know many details from the agreement being put together, details that we feel members of Congress are unaware of," an Israeli official told Haaretz. "According to the information we have, the deal currently taking shape will leave Iran with the capability to build a nuclear weapon, if Khamenei make a decision to do so."

The existing information on the deal is alarming to even those sympathetic to the White House. Former-Mossad official Meir Dagan, a critic of Netanyahu, told The Atlantic, "Two issues in particular concern me with respect to the talks between the world powers and Iran: What happens if and when the Iranians violate the agreement, and what happens when the period of the agreement comes to an end and they decide to pursue nuclear weapons?”

Expect Netanyahu to hammer both of the points in front of Congress Tuesday.

And if the White House has an answer to these concerns, they haven't shared it yet.