Here's The Trailer for 'Chappaquiddick' 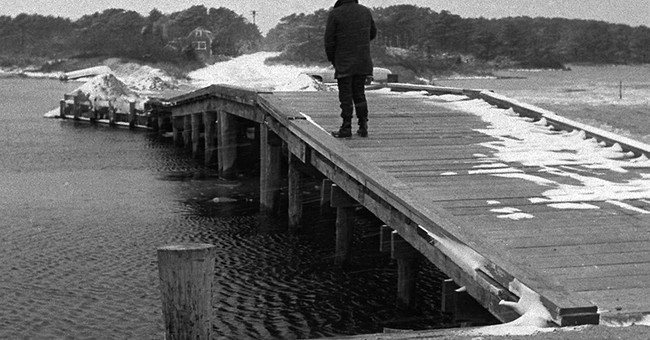 Here's the first trailer for the upcoming film "Chappaquiddick," which tells the story of the death of Mary Jo Kopechne and the way the Kennedy family dealt with the repercussions of the "Chappaquiddick Incident."

Some background: On July 18, 1969, during a party on Chappaquiddick Island, Kopechne, a former "boiler room girl" on RFK's 1968 presidential campaign, left with Sen. Ted Kennedy (D-MA). He then proceeded to drive his car off a bridge, escape the submerged car, walk past at least four houses where he could have conceivably called for help to rescue Kopechne, and instead walked back to the party, where he and two of his friends sort-of attempted to free Kopechne from the car and did not call the police. Kennedy then went to bed and awoke the next morning without calling authorities. The car, and Kopechne's body, were discovered that morning by two fisherman.

It is believed that Kopechne could have been rescued had authorities been called in a timely manner. Experts disagreed if Kopechne suffocated in an air pocket in the car or if she had drowned.

Kennedy eventually pleaded guilty to leaving the scene of a crash causing personal injury. He was sentenced to two months in prison in a suspended sentence. His driver's license was also suspended until November 1970.

While he never faced any serious legal punishment for Kopechne's death, his reputation was effectively shot and he did not run for president in 1972 nor in 1976. Given that his brother John was elected in 1960 and his brother Robert may have been elected had he not been assassinated in 1968, it wasn't too big of a stretch pre-Chappaquiddick to say that Ted was due for a crack at the White House.

As for the film--if the trailer is any indication, the filmmakers did not go easy on Ted Kennedy at all, and it appears to brutally skewer the members of the Kennedy family.