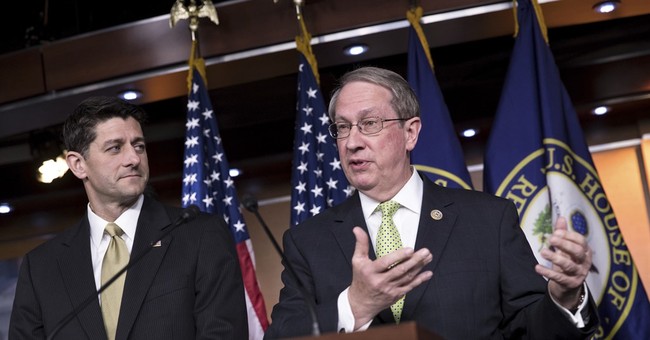 Rep. Bob Goodlatte (R-VA) officially announced on Thursday that he would be retiring from Congress and would not be seeking reelection in 2018. His upcoming departure had been rumored for a few days, but was finally confirmed by the congressman on Twitter. Goodlatte was first elected to Congress in 1992, and became chairman of the House Judiciary Committee in 2013.

It's my honor to represent #VA06. I cannot begin to express how blessed I am to have had the opportunity to serve. Now is the right time to step aside - I will not seek re-election. My statement: https://t.co/tByoe5vFmO

In a statement, Goodlatte said that after "much contemplation and prayer," he and his wife decided that he should not seek reelection in the Sixth District. He said that it was a "natural stepping-off point" to retire as his term as chairman will also be ending in 2018. After retirement, he hopes to spend more time with his granddaughters.

Every two years, Maryellen and I sat down to discuss whether to run again or not. When we discussed the 2018 election, the conversation ended a little differently than in past years. After much contemplation and prayer, we decided it was the right time for me to step aside and let someone else serve the Sixth District. I will not seek re-election. With my time as Chairman of the Judiciary Committee ending in December 2018, this is a natural stepping-off point and an opportunity to begin a new chapter of my career and spend more time with my family, particularly my granddaughters.

While I’m not running for re-election, my work in the 115th Congress is far from done. There is much that I hope we can accomplish in the next year, including: bolstering enforcement of our immigration laws and reforming the legal immigration system, simplifying the tax code in order to stimulate job growth and benefit families in the Sixth District, enacting criminal justice reform, repealing Obamacare, advancing protections of the freedoms and liberties enshrined in our Constitution, and, of course, continuing first-class constituent service for the citizens of the Sixth District. I look forward to working with the House Leadership, the Senate, and President Trump in bringing real conservative change to our country.

Goodlatte is the latest member of the GOP to announce his retirement from the House of Representatives. A total of 15 Republicans and two Democrats have either announced their retirement or resigned outright since the start of the year.