NYC Mayoral Candidate Demonstrates How Not to Lose Gracefully 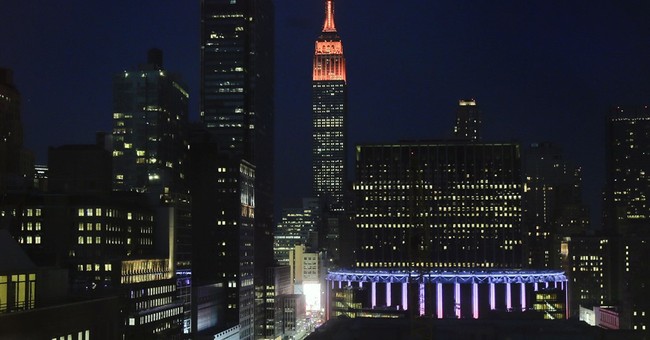 Tuesday night, NYC Mayor Bill de Blasio was easily reelected for a second term with 66.5 percent of the vote. Among the losers was independent candidate Bo Dietl, who only got one percent of the vote, and boy, did he have words for the other candidates. Namely, he called one a "Fat Looser."

Earlier in the night, Dietl alleged that while he loves New York City, the election had been rigged.

I? LOVE THIS CITY. NYC is my home & I’ve put my life on the line as a detective- I’ve created thousands of jobs and will always be a true NY’er

All rigged but this is what our city is... sad.

It's important to win with dignity and lose with dignity. This is a pretty textbook example of what not to do--even if you're a longshot candidate with no real chance of winning.

If You're Confronted By A Mask Karen, Rand Paul Has Some Advice
Townhall
This again: Target toothbrush guy David Leavitt wants to know why it's easier to buy a gun than to vote
Twitchy
Does Justice Sotomayor's Intemperate Rant at Her Colleagues Indicate That She Knows Roe v. Wade Is About to Be Overturned?
Redstate
Woman Who Stopped at Lab Monkey Crash Site Is Now 'Sick'
PJ Media