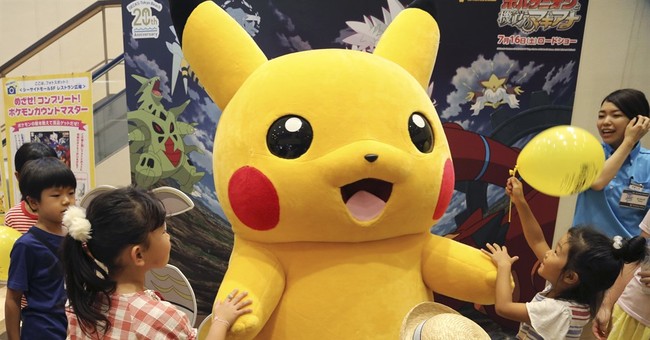 A bit of odd news for Thursday: A man dressed in a Pikachu costume was arrested by the Secret Service this morning after attempting to jump the White House fence. Pikachu is a popular character from the animé "Pokémon."

The man, identified as Curtis Combs, 36, of Somerset, Kentucky, said that he jumped the fence in an effort to become famous on YouTube. He recorded the jump and was fully prepared to get arrested and had read up on what had happened to other White House jumpers.

President Donald Trump was not in the White House at the time, but was nearby.

Combs told Secret Service agents he wanted to be famous and hoped to accomplish that by jumping the White House fence in a Pikachu outfit and posting it to YouTube. He told investigators he could not complete a video recording because of the officers' "quick response" according to court documents.

He also told police he knew he would be arrested and researched DC charges and previous jumpers. Combs, who pleaded not guilty Wednesday to a charge of unlawful entry, has a court date set for November 9. A message left with his attorney, Edward Gain, was not immediately returned.

Curiously enough, Combs is not the first person clad in Pikachu attire to attempt to scale the White House fence. In 2014, a man with a Pikachu hat was arrested after he jumped the fence.

The White House is a gym on the popular game Pokémon Go.

And naturally, everyone made the same joke about the affair:

Exclusive footage of Secret Service agent taking him down. pic.twitter.com/QmkQpzYbgq

Don't jump the White House fence, costumed or not.