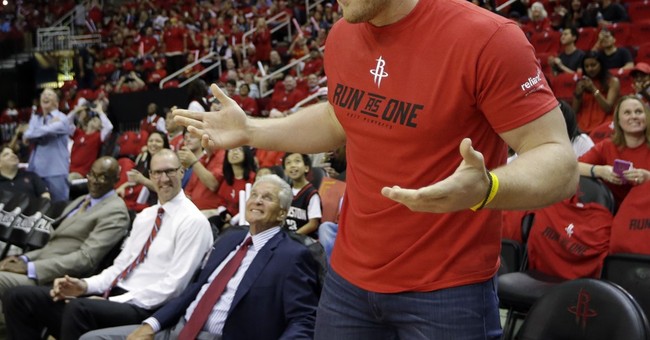 NFL player JJ Watt started a fundraiser on Sunday for his adopted hometown of Houston, hoping to raise $200,000 to support the victims of Hurricane Harvey and to assist with the rebuilding efforts. When I last reported about it, on Tuesday, over $4 million had been donated.

Now, only three days later, more than $14 million has  been donated to Watt's Houston Flood Relief Fund, a number that will no doubt eclipse $15 million within a few hours.

When the fundraiser hit the $10 million mark, Watt recorded a video thanking all of his donors, from the celebrities down to the "kids with lemonade stands" who held fundraisers of their own to donate. Watt again pledged that all of the money raised would go directly to the victims of the flood, saying that "phase one" of the project would be the delivery of supplies to the city, including generators, baby products, and other items.

The most difficult times bring out the best in humanity. https://t.co/SR6DmnNbyM pic.twitter.com/0H8jHcZCQc

I mean, this is absolutely incredible, and Watt is an excellent person and role model for everyone to look up to. In a time where professional athletes are often in the news for all the wrong reasons, it's refreshing to see someone making a real difference that will positively impact thousands of people. I'm not a Texans fan, but you can bet I'll be cheering for JJ Watt this season.