California Is Suing the DOJ Over Immigration 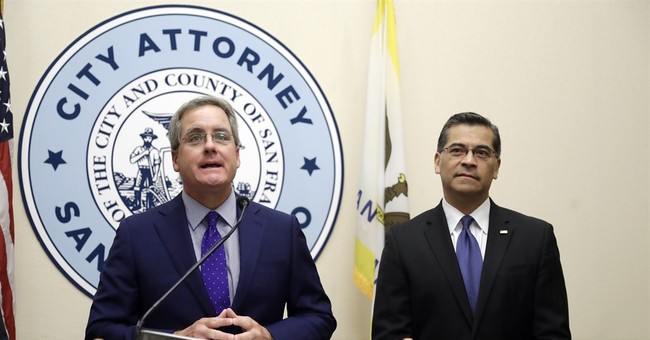 California is suing the Department of Justice and U.S. Attorney General Jeff Sessions due to the DOJ's new policy that withholds federal JAG grants to cities that will not work with immigration officials. California will be joined by the city of San Francisco, which has had a "sanctuary city" policy on the books for decades. Under Attorney General Jeff Sessions' new policy, cities would not receive grants that are typically used for body armor and other police accessories unless they allow ICE officials into jails. Sanctuary cities, by default, do not permit this.

According to California's Attorney General Xavier Becerra, the state receives about $28 million per year in this kind of funding, and he considers this new policy to be "bullying." Another San Francisco official said that it's not the role of the police to "(break) up heardworking families."

Becerra said that he thinks it's a "low blow" for police officers for the federal government to threaten to withhold funding.

Conversely, Miami dropped its sanctuary city policies and will now be eligible for grants.