Miami Is No Longer a Sanctuary City 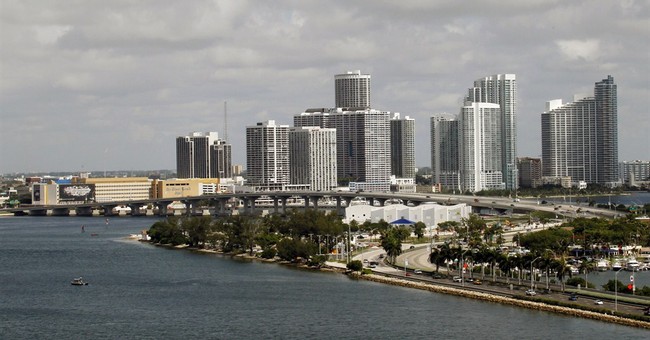 Miami is no longer a "sanctuary city" and has requested to be removed from an Obama-era list of cities that will not cooperate with immigration officials. In a letter from the Department of Justice, the DOJ confirmed that Miami-Dade County was now in compliance with section 1373 and would therefore be eligible to receive $481,347 in a Byrne JAG grant.

In late July, Attorney General Jeff Sessions announced new policies that would strip federal money in the form of Byrne JAG grants from cities that act as "sanctuary cities" for illegal immigrants. This letter confirms that Miami is the first large city to successfully shift from being a "sanctuary city."

Miami Mayor Carlos Gimenez did away with the county's sanctuary policy following the inauguration of President Donald Trump and instructed the county's jails to follow suit and work with immigration officers. Evidence of this compliance was submitted to the DOJ to ensure that Miami would stay eligible for various grants.

Shortly after President Donald Trump took office promising an immigration crackdown, Gimenez reversed a 2013 county policy and ordered Miami-Dade jails to begin honoring requests by immigration officers to extend the detentions of people in local custody who are also being sought for possible deportation.

Miami-Dade is the only large jurisdiction known to have made that kind of change, which the County Commission endorsed in February. As a result, it has been assumed Miami-Dade would be shielded from any loss of federal funds the Trump administration engineered as part of a broader effort to punish communities not cooperating on immigration detentions.

While it's not exactly a surprise that the threat of loss of federal funding worked, it is kind of interesting at just how fast this occurred. Immigration laws exist for a reason, and they should be followed. This is basic law and order.

Meanwhile, on the other end of the immigration spectrum, Chicago is suing to keep its "sanctuary city" policy.