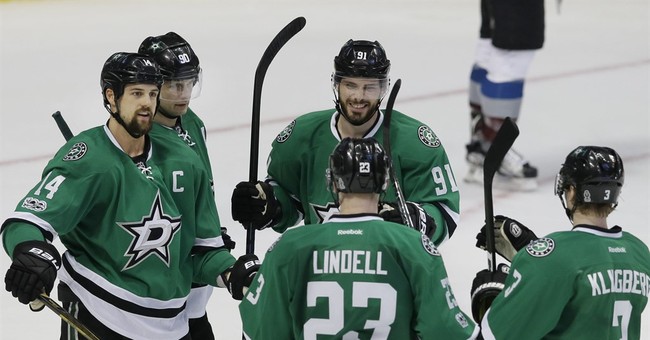 The NHL's Dallas Stars are the first professional sports team to speak out against the proposed Texas "bathroom bill" that would require people who identify as transgender to use the restroom that corresponds to their biological sex. While other sports teams have had their presidents speak out in opposition of the bill, the Stars are the first team to publicly state that they believe the bill is discriminatory.

The full text of the statement called the proposed bill "discriminatory," and Stars's President Jim Lites said that he is opposed to the bill as he wants fans to feel welcome in their visit to Dallas.

"When the Stars moved to Dallas in 1993 we were fortunate to encounter success early on, and we've cultivated what we consider to be the best fan base in the National Hockey League. Dallas was warm and welcoming when we came to this great city 25 years ago, and it remains so today. The Dallas Stars stand strongly opposed to any legislation perceived as discriminatory, including proposed bathroom legislation. We welcome fans from all over the globe, and our roster boasts players from half a dozen countries. Dallas welcomes all, and we welcome all.

We're thrilled that Dallas will host the NHL Draft next year, and we're grateful that the NHL sees the true Dallas that we know and love, a Dallas that is friendly and vibrant. Dallas will be a wonderful host city and we're grateful for the NHL's business. We are proud of our home and want every visitor to feel at home here, too, and that' s why we oppose this discriminatory bathroom legislation."

Past versions of this bill did not pass over the summer, but Texas Gov. Greg Abbott (R) has said that it's a priority for the upcoming legislative session.

Other states and localities that have passed similar bills have seen blowback from sports governing organizations. The NCAA stripped North Carolina of post-season tournament sites (before eventually reinstating them) and the NBA moved the location of the all-star game after the bill was passed. Dallas is set to host the 2018 NHL Draft, which is probably why the team was so quick to voice opposition to the bill.