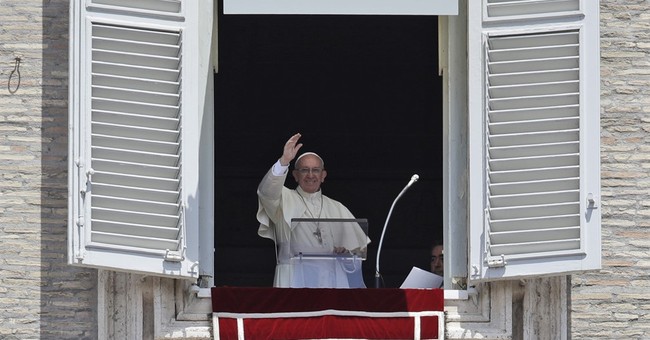 Pope Francis is expected to make a trip to the Southeast Asian country of Myanmar this November, Vatican sources are reporting. This would mark the first-ever papal visit to the majority-Buddhist country, which has a tiny minority of Catholics. The visit will likely be formally announced next month. Pope Francis is also expected to announce a trip to Bangladesh in addition to the trip to Myanmar.

Pope Francis will become the first Catholic pontiff to visit Myanmar in late November, according to a report Monday from a prominent pan-Asian Catholic news service.

The Union of Catholic Asian News reports Francis will visit the Southeast Asian country before a previously planned trip to Bangladesh that month. The report cites unnamed "senior Catholic sources" who said the visit will begin Nov. 27 and last four days.

Such a visit would represent a significant step forward for the Catholic church's relationship with Myanmar, also known as Burma, which began a process of democratic reforms in 2015 to emerge from a half-century of military rule. (National Catholic Reporter)

The Vatican and Myanmar only established diplomatic relations back in May, when Pope Francis met with Aung San Suu Kyi, the foreign minister and de facto leader of the country's civilian government. The two discussed the need for peace in the region.

Even though Pope Francis' visit hasn't been officially announce, there's already controversy in the country from people opposed to his presence. If the visit happens, Pope Francis will possibly speak about the plight of the Rohingya, the country's Muslim minority. The Rohingya have been the subject of various human rights abuses and the United Nations has spoken about against Myanmar's treatment of the group.