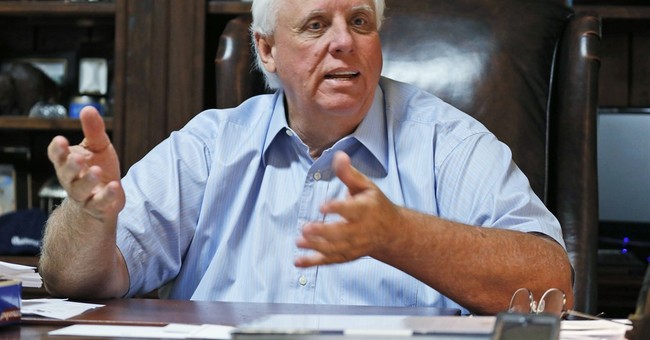 West Virginia's Democratic Gov. Jim Justice will be switching his party to Republican tonight at a President Donald Trump rally in Huntington, W.V., the New York Times is reporting. This was (likely) the "big announcement" Trump teased earlier on Thursday. Justice was elected governor just this past November, and he campaigned as a conservative Democrat in the deeply red state, and was elected by a seven-point margin.

NEWS: WV Gov Jim Justice is expected to change parties, become a Republican tonight at the rally with Trump >>https://t.co/jGH77HSJH6

Previously, Justice has been registered as a Republican and an independent before running for governor as a Democrat. Unlike most Democratic candidates, he did not endorse Hillary Clinton for president in 2016. According to the NYT, he has been friends with various members of the Trump family for quite a while.

West Virginia went for Trump by a 42-point margin. Trump's approval rating in West Virginia is currently at 60 percent, which is the highest in the entire nation.

With Justice's switch, this means that Republican governors rule 34 states, with Democrats only having 15 states. (Alaska Gov. Bill Walker is an independent.) Republicans control three levels of government in 25 states, compared to just six for the Democrats.

Justice's switch probably isn't good news for Sen. Joe Manchin (D-WV), who has been targeted as a potential Senate seat to flip since before the 2016 election. Manchin is up for for reelection in 2018.

This is certainly unusual, and it's a bit strange for a politician to switch his party period, never mind less than a year after he was elected. West Virginia has been a red state since the 2000 election, but elected its first Republican senator since 1959 in 2014.

Welcome (back) to the GOP, Gov. Justice.