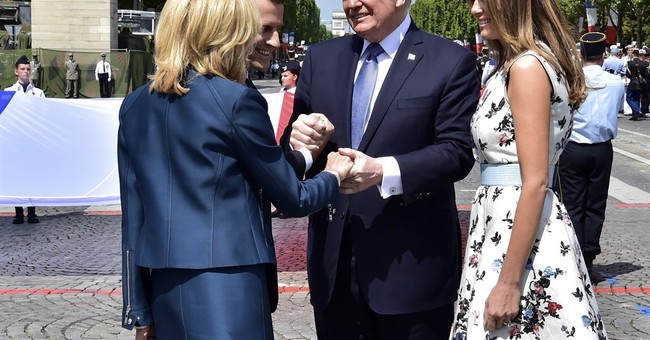 5. President Trump and the Polish First Lady. After a flawless handshake execution with the Polish president, an awkward timing mishap led to this hilarious video.

3. President Obama and Raul Castro and whatever this awkward hand raise was.

2. Then-candidate Trump and Ben Carson at one of the debates.